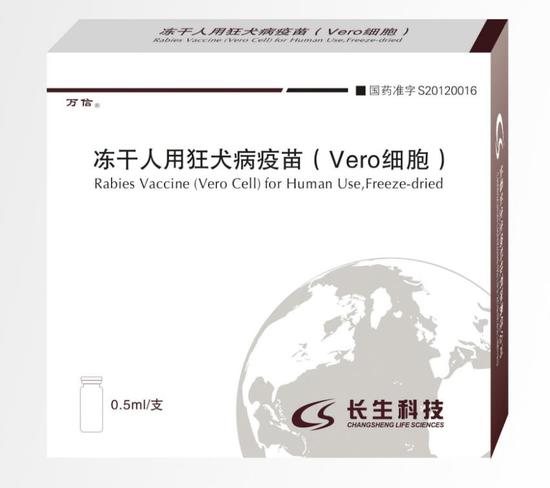 The announcement came after authorities carried out a snap inspection and found the company forging production data and violating the country’s drug production quality management protocols.

CFDA stated that the batch of rabies vaccines involved in the inspection had not been put on the market and had been “effectively controlled.” Inspectors from both state and provincial food and drug administrations have been stationing at the company for further investigation.

Changchun Changsheng’s parent company, Shenzhen-listed Changsheng Biotechnology, has made a public apology and voluntarily recalled all their rabies vaccines available at the market.

The company stated the recall would cost over 200 million yuan (approximately 30 million US dollars) of the company’s business income. Zhao Chunzhi, secretary to the president at Changsheng Biotechnology, told China Securities Journal that sales revenue from rabies vaccine products counted for half of Changchun Changsheng’s gross revenue.

This is not the first time Changsheng Biotechnology and its subsidiaries got involved in drug safety scandals. On July 18, Jilin provincial food and drug administration announced the investigation result into Changchun Changsheng’s DTaP vaccine.

Last year, a batch of the vaccines immunizing children against whooping cough, diphtheria and tetanus was found failing to conform to standards for biological potency. According to the report, 252,600 vaccines in the batch had been sold to disease control and prevention centers throughout east China’s Shandong Province.