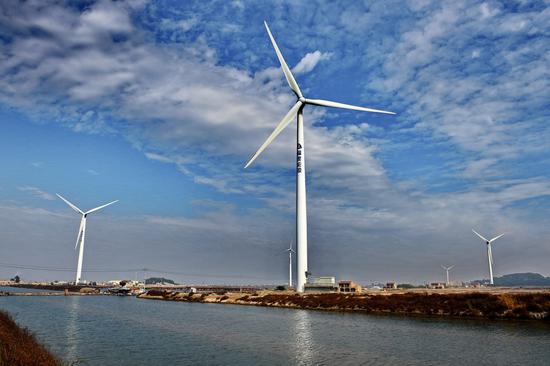 The drilling took place at an offshore wind farm on the waters off Putian, a city in east China's Fujian Province. The wind power project covers 19 sets of 7-MW offshore wind turbines.

The water depth at the center of the wind farm is 15 meters, while the area also bears four to five times of typhoons each year, with a maximum wind speed up to 133 kph.

The researchers designed the 25.4-meter depth of drilling holes to allow the huge wind power plants to stand firm. When the pile drills into the seafloor rock, the diameter of the hole reaches seven meters.

The demand for efficient, large-diameter rock-socketed drilling equipment is growing in China thanks to the increasing number of offshore wind farms amid the country's fast development of green energy.