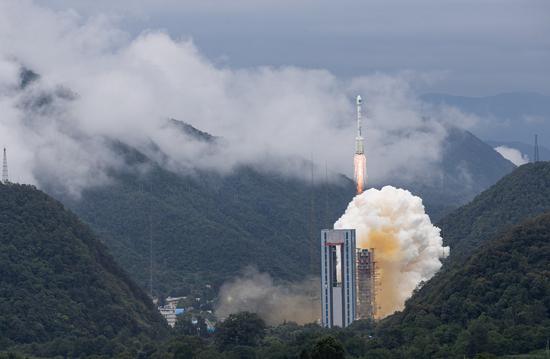 China plans to launch a space telescope for research in electromagnetic counterparts of gravitational waves in December, according to the National Space Science Center under the Chinese Academy of Sciences (CAS).

The GECAM mission is composed of two small satellites, and it will focus on detecting electromagnetic counterparts of gravitational waves, high-energy radiation from fast radio bursts, various gamma-ray bursts, and magnetar flares.

The GECAM could help scientists unravel the mysteries of compact objects, such as neutron stars and black holes, as well as the merger of binary compact objects.