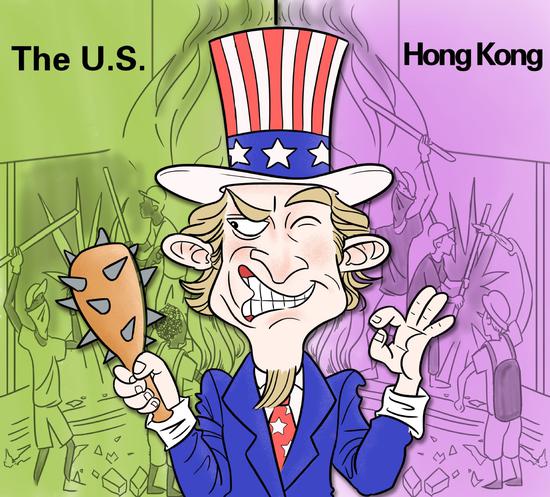 The 127-page U.S. Senate report, which found failures at all levels of law enforcement, government and the military allowed the attack on the U.S. Capitol on Jan 6 to happen, is a good lesson for some misguided youngsters in Hong Kong.

Everything they blamed those who stormed the Capitol Hill for doing, the rioters in Hong Kong did with the encouragement of those same people.

For example, the report said the U.S. capitol police intelligence unit "knew about social media posts calling for violence at the Capitol on Jan 6, including a plot to breach the Capitol".

During the riots that victimized Hong Kong in 2019, how many riot leaders were inciting violence? Joshua Wong Chi-fung called for his lackeys to wear helmets so as to better fight the police in August 2019 and asked those above 30 to buy equipment for them. As a response, Nancy Pelosi intervened in China's judiciary by casting doubt on Wong's arrest.

The report notes on Dec 28 someone emailed a public Capitol Police account and warned about "tweets from people organizing to 'storm the Capitol'". Well, search "Hong Kong independence" on Twitter and see how many tweets the rioters made; Search "block the airport" and "block the road" in 2019, or "occupy central" in 2014 and see how the rioters organized to do their deeds.

Yet the U.S. politicians, while asking Twitter management to freeze the accounts that called for storming Capitol Hill, demanded tweets like those above be protected for "freedom of speech".

No word is more appropriate than "hypocrisy" to describe them.