China calls on U.S. to solve its own racism, discrimination 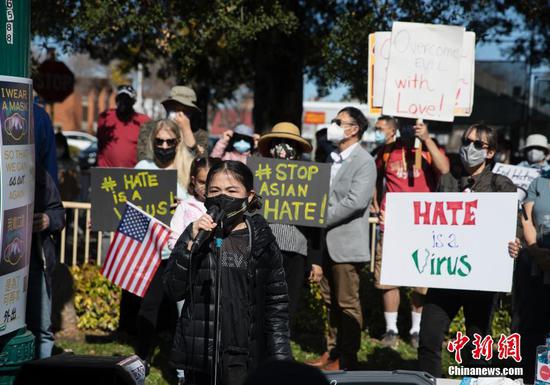 China on Thursday said it hopes the United States can listen to voices from its citizens and the international community and take concrete actions to solve its own issues of racism and discrimination.

Zhao Lijian, a spokesperson for the Chinese Foreign Ministry, made the remarks in response to a recent report from the forum Stop AAPI Hate that revealed nearly 3,800 incidents were reported over the course of roughly a year during the pandemic.

In the past, racist incidents towards Asians, including Chinese, have emerged frequently, and these ugly behaviors are infuriating and pathetic, Zhao said, noting that there had been reports of barehanded elderly Asians being violently attacked.

We are deeply concerned about the lies and fake information about China that incite racism and hatred, Zhao said. He called on the U.S. to protect and guarantee the safety and legitimate rights and interests of Chinese nationals in the country.