How Xinjiang is misunderstood(3) 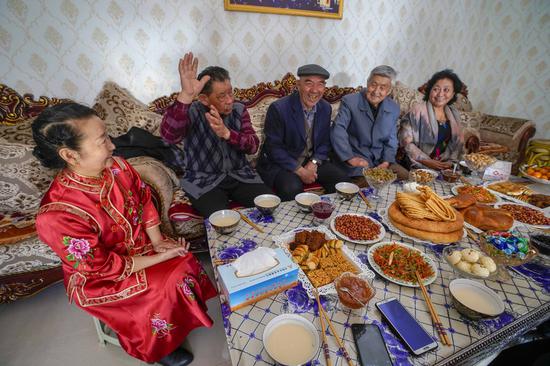 In the last few years, China has focused on two major tasks in Xinjiang -- eradication of terrorism and elimination of poverty, Cui said. "Now, for the last three to four years, there has been no single case of terrorist attack. So people have a much better sense of security and safety now."

Some Western media outlets "bear an important responsibility in adding to the negativity excessively and unfortunately in U.S.-China ties," Sourabh Gupta, a senior fellow at the Washington-based Institute for China-America Studies, told Xinhua.

Gupta expressed hope that the Western media could "take a more responsible approach" and be "more factually accurate."

"I always tell people, you have to judge for yourself through personal experience," Selig said. "This is the only way to get rid of any misconceptions and any biases that might exist."