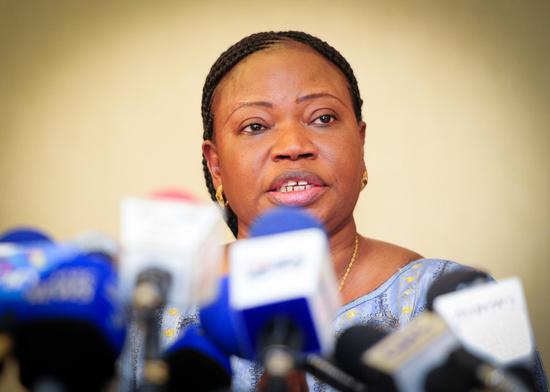 United Nations Secretary-General Antonio Guterres on Wednesday noted "with concern" the imposition by the United States of sanctions against the Chief Prosecutor of the International Criminal Court (ICC) and another senior official, in the latest of a series of unilateral policy moves against the body.

U.S. Secretary of State Mike Pompeo accused the ICC of "illegitimate attempts to subject Americans to its jurisdiction," announcing sanctions against Chief Prosecutor Fatou Bensouda and the head of the Jurisdiction Complementarity and Cooperation Division, Phakiso Mochochoko, in accordance with a U.S. executive order issued in early June by President Donald Trump involving "Blocking Property of Certain Persons Associated with the ICC."

Pompeo made the accusation as The Hague-based court probes whether U.S. forces have committed alleged war crimes in Afghanistan, UN News has reported.

On behalf of the UN chief Antonio Guterres, spokesperson Stephane Dujarric said "we continue to closely follow developments on this matter."

"We will be analyzing any possible implications that this development may have with respect to the implementation of the agreement," he said.

Cooperation between the United Nations and the ICC is founded on their Relationship Agreement, which was approved by the General Assembly on Sept. 13, 2004.

In line with previous statements of the U.S. secretary of state, Dujarric said, "we trust that any restrictions taken against individuals would be implemented consistently with the host country's obligations" under the UN Headquarters Agreement.

As the top prosecutor, Bensouda has visited the United States frequently to attend key meetings in the Security Council.