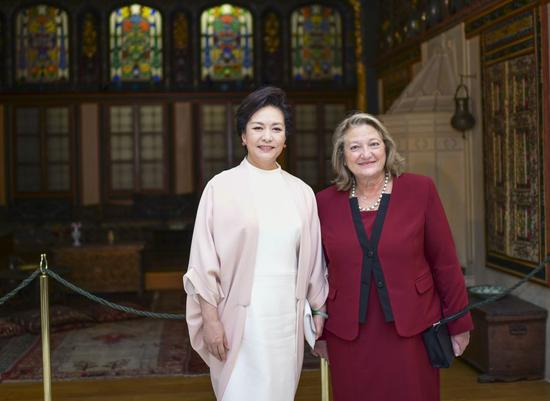 Peng listened to the introduction of the museum's history and collections and viewed sculptures, paintings, costumes and other art pieces from ancient Greece.

These cultural relics fully demonstrated the fine techniques and extraordinary creativity of skilled craftsmen in ancient Greece, manifested the powerful force of exchanges and convergence between the two ancient civilizations of China and Greece, and reflected the close exchanges between the East and the West since ancient times in such fields as culture, commerce and shipping, which the China-proposed Belt and Road Initiative inherits from, Peng said.

Noting that both China and Greece have created unique civilizations with profound impacts, she urged the two sides to better pass down their cultural heritage, enhance cooperation between museums, and play greater roles in enriching the China-Greece people-to-people and cultural exchanges and promoting dialogue and mutual learning among civilizations.