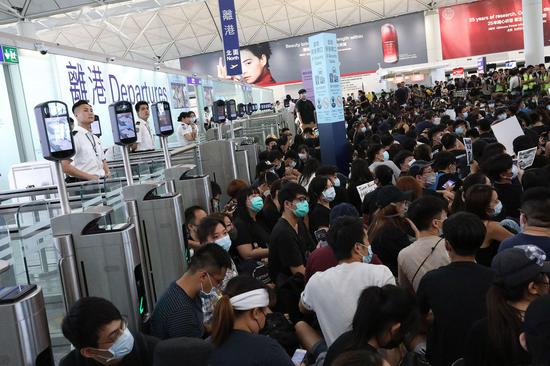 Rioters on Tuesday detained, harassed and assaulted a visitor and a journalist from the Chinese mainland, inflicting physical and mental harm on them, said the spokesperson.

"We strongly condemn such violent acts near 'terrorism' and we support Hong Kong police to bring rioters to justice as quickly as possible," spokesperson Xu Luying said in a statement.