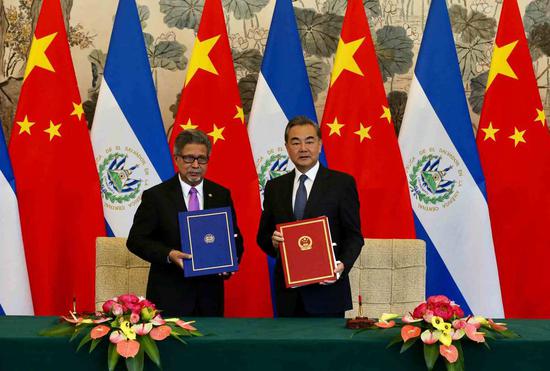 El Salvador has established new diplomatic relations with Beijing, breaking ties with Taiwan according to Xinhua.