$440b in fund transfers to spur key projects 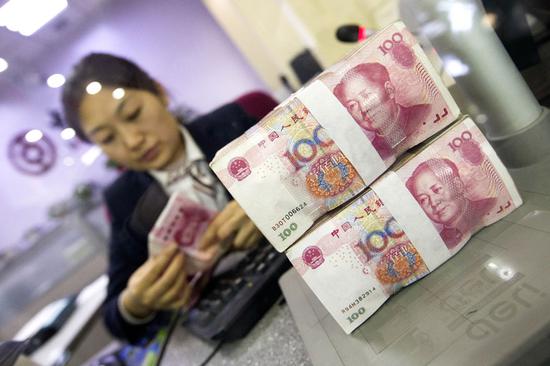 The Guangdong finance department also arranged subsidies of 5 billion yuan through the direct funds mechanism to support the construction of the Shenzhen-Zhongshan Bridge, a key project of the Guangdong-Hong Kong-Macao Greater Bay Area.

The fiscal funds helped in the accelerated installation of the world's first two-way, eight-lane steel-shell, concrete-immersed tube tunnel and the construction of the world's largest span offshore suspension bridge, according to provincial officials.

This year, funds amounting to 1.439 billion yuan will be allocated to city-level governments for the construction of affordable housing projects in Guangdong and promote the renovation of shanty towns and old residential areas. These projects are expected to benefit 13,500 local households, they said.

Inclusion of relief funds for the needy in the direct funding mechanism will help in the appropriate implementation of the social assistance policy, with financial support playing the role of guarantee. "The policy is taking effect gradually," said Yao.

During the first four months of the year, the central government delivered direct fiscal funds amounting to 2.5 trillion yuan to local governments through the normalized transfer mechanism. The money was used to boost employment, people's basic needs and market entities, according to officials from the Ministry of Finance.

The delivered funds amounted to 91.6 percent of the total disbursements for this year under the mechanism, which was launched in May last year. The government expanded the mechanism by adding 1.1 trillion yuan to last year's 1.7 trillion yuan along with inclusion of more funds through 27 types of transfer payments, and including all subsidies from the central government to benefit people's livelihoods, Vice-Minister of Finance Xu Hongcai said in May.

In Guangdong, the fiscal funds have been used in areas like the operation of primary-level governments, employment subsidies, pension insurance, compulsory education, healthcare and subsidies for poor people, said local officials.

Tongchuan, a city in Northwest China's Shaanxi province, received fiscal funds amounting to 1.4 billion yuan as of this month, while its government spending reached 773 million yuan, or 55.9 percent of the annual budgetary expenditure, maintaining its steady economic recovery from the COVID-19 epidemic and ensuring priorities and stability in key areas like the job market, overall investment and market expectations, said Yang Lei, head of the local finance department.

"After receiving the direct funds, we speeded up the fund allocation through a monitoring system to all districts, counties and relevant departments, urging them to undertake real project construction and avoid keeping money in the account," said Yang.

Finance department officials of the Shaanxi government have developed a special and comprehensive software system that can track all the fund flows in the province to market entities and individuals. If some nonstandard transfers happen, the system will automatically raise an alarm in the form of a red label.

Liu Jinyun, director of the treasury payment center at the Ministry of Finance, said the direct fund monitoring system was built last year, as an emergency to prevent and control COVID-19. It took around 20 days to connect the fiscal data systems of governments, from the central to the county level.

This unified nationwide supervisory system can warn about misuse of direct funds in real time to ensure the funds can be used legally and in a targeted fashion, which is simultaneously supervised by the national audit departments, Liu said.

The finance ministry will further improve direct fund supervision by connecting budgetary, cash flow and information systems. "We will dig into the data and compare with data from different regions, which can help improve the efficiency of fund management," Liu said.