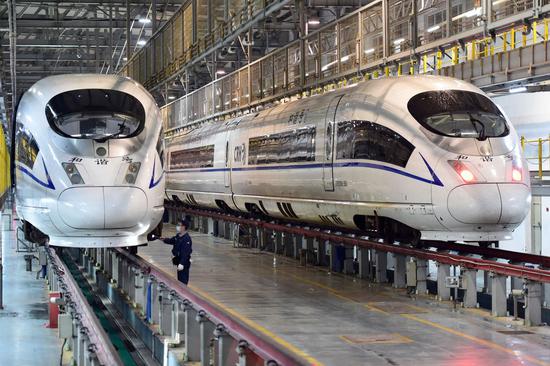 The city of Hefei, capital of east China's Anhui Province, reported its GDP stood at nearly 1.0046 trillion yuan (about 155 billion U.S. dollars) in 2020, an annual increase of 4.3 percent, the municipal government said on Tuesday.

Earlier, the cities of Nantong, Quanzhou, Fuzhou, and Xi'an all reported their GDPs exceeded 1 trillion yuan last year. It brings the total number of Chinese cities with an annual GDP over the 1-trillion-yuan benchmark to 23 so far.

Eight of these cities are in China's Yangtze River Delta region, including Shanghai and the provinces of Jiangsu, Zhejiang and Anhui.

Shanghai became the first city to hit 1 trillion yuan annual GDP on the Chinese mainland in 2006.