China's imports in numbers: Goods and services in the past decade 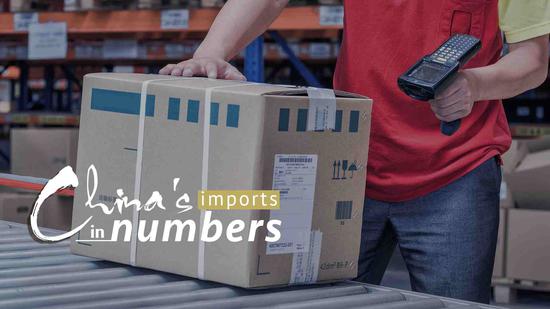 China's imports of both goods and services have maintained steady growth over the last decade, despite some minor fluctuations in the goods sector.

The graph below shows the import of goods to China from 2008 to 2017, with a fairly steady increase in imports over the last decade, except in 2009. That year, the global financial crisis pushed goods imports down by around 11 percent, before growth recovered in 2010. 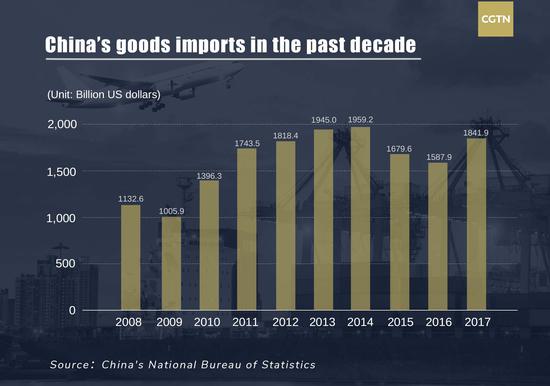 In 2013, China surpassed the United States as the world's largest trader of goods.

In April 2018, the annual global trade report released by the World Trade Organization showed that China exported more goods than anywhere else, accounting for 12.8 percent of the global share, while China's goods imports ranked second in the world behind the US. 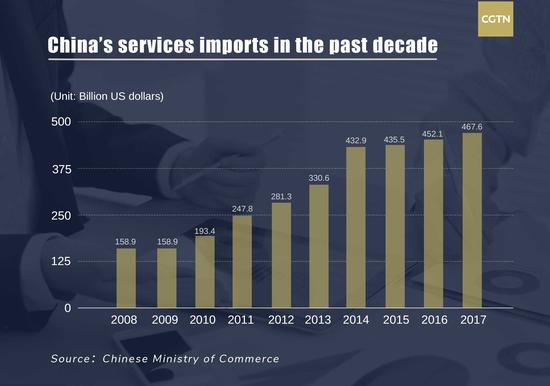