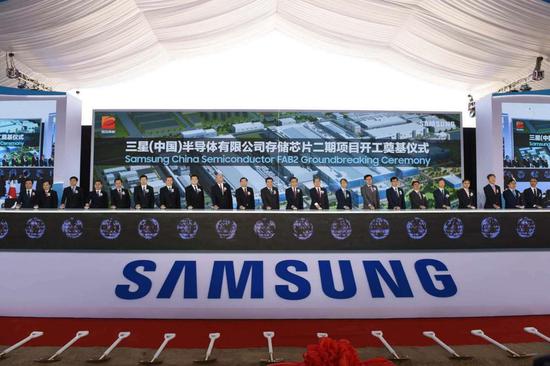 The top antitrust agency might slap fines on three dominant chipmakers including Samsung because of possible monopolistic behavior in the past one or two years, but further action has nothing to do with protecting domestic companies or Sino-U.S. friction on intellectual property rights, according to people taking part in the ongoing investigation.

The investigation conducted by the State Administration for Market Regulation focuses on possible price fixing behavior by South Korea's Samsung, SK Hynix, and U.S.-based Micron in the past one to two years, according to a source who declined to be named as they lacked authority to speak to the media.

The source played down earlier market speculation such as that the regulator was protecting domestic companies or putting pressure on foreign companies to conduct some tech transfer as a bargaining chip in the ongoing Sino-U.S. trade talks.

"The regulator has already had some information before speaking to chip manufacturers in late December as the price surge has aroused the government's concern, but only launched an official investigation after the report was filed," the source said. "Further action really depends on concrete clues on pricing behavior, other than some inaccurate guesses."

There is no specific timetable for further action, and no final decision has been made on issuing fines, the source said.

None of the three companies under investigation responded to immediate inquires.

China Daily reported in December that the National Development and Reform Commission, one of the three top market pricing supervisors at the time, paid close attention to the factors surrounding a surge in the price of mobile phone storage chips.

The NDRC said the government would pay more attention to future problems that may be caused by "price fixing" in the sector, after the price of storage chips rose at an astonishing pace over the past 18 months.

The NDRC's pricing bureau did not take immediate action to launch an investigation in December, and later combined with the pricing bureau under the Commerce Ministry in the nation's new top market pricing supervisor.

Xiang Ligang, CEO of telecoms industry website Cctime, said the investigation is meant to ensure fair competition in the memory chip sector, which is now dominated by South Korean and the U.S. companies.

"The price of memory chips, which are widely used in smartphones, personal computers and data servers, has been surging for two years. Though the rise has slowed a little bit recently, such a longtime surge is rare, given that the manufacturing techniques for DRAM chips have already matured," Xiang said.