Robots may have to pay income tax in UK 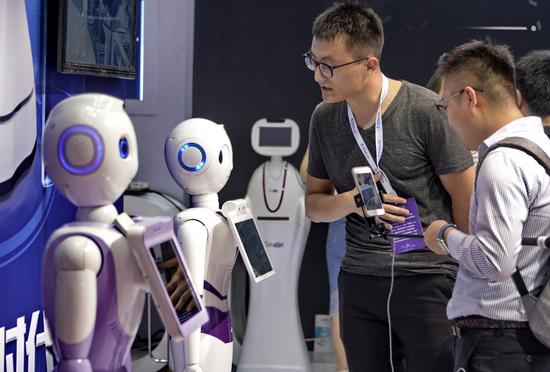 An official inquiry is to be launched by the British House of Commons into automation and the future of work, it was announced Thursday.

The inquiry, by The Business, Energy and Industrial Strategy Committee will look at its likely impact on British businesses and the potential it has for productivity, growth and reindustrialization.

It follows fears that up to 30 percent of jobs in Britain are at risk of automation by 2030, said committee chair, Rachel Reeves who sits in the Commons as a Member of Parliament (MP).

One question the inquiry will pose is whether robots which take over jobs currently done by humans should be taxed.

A spokesperson for the UK Parliament said: "The inquiry will consider the impact of automation on workers, and the potential benefits and choices for consumers. The automation inquiry is also set to examine the advice and financial support available for businesses seeking to automate, and for those whose jobs are affected by changes in how we work."

Given the significant impact which automation is likely to have on workers in the future, the committee's inquiry is also likely to look at the policies and actions needed to reskill workers affected by automation, and what role business and the government should take in supporting this.

Reeves said: "Increasing automation offers significant opportunities for businesses and consumers. But it also poses significant challenges, not least to workers who will rightly be concerned by reports that between 15 and 30 percent of UK jobs across the economy are at high risk of automation by 2030.

"It's important that workers in the everyday economy where most people work, such as retail or health and social care, get the technological and other support they need to boost productivity and improve the quality of their jobs."

Reeves added that automation could provide an opportunity for Britain to reindustrialize, "where we compete internationally on quality and price, not a race to the bottom on wages, through the development of more efficient and productive industries".

The inquiry will also examine if automation could lead to reindustrialization as processes and products become cheaper, and which sectors are most likely to be affected.

It will also look at which groups of workers are most at risk. It will also pose the question of whether the government should take action to support those affected by automation, such as the introduction of a "robot tax".