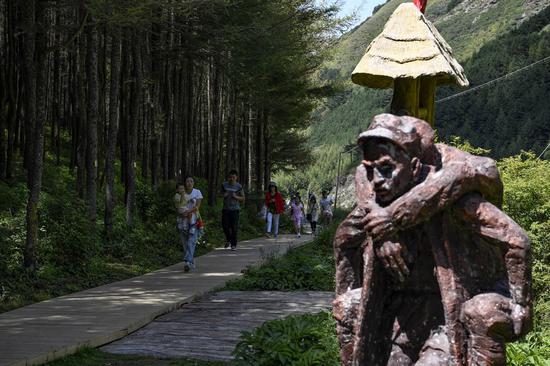 China on Monday unveiled 100 tourist routes to help people know more about the history of the Communist Party of China (CPC), according to the Ministry of Culture and Tourism.

This came as part of the efforts to celebrate the 100th anniversary of the founding of the CPC.

Among the select routes, 52 help people revisit the CPC's struggle over the revolutionary years, 20 are group products that stand for the country's progress in science and technology as well as infrastructure construction, and the remaining 28 will introduce China's efforts in poverty alleviation, rural vitalization and ecological improvement.

China's sites with revolutionary backgrounds have experienced a tourism boom in recent years, receiving 1.41 billion trips in 2019, up from 140 million in 2004, according to data from the ministry.