(W.E. Talk) Value the Right to Development and the Economic, Social, and Cultural Rights, and Strengthen Communication on Human Rights Between China and the West

(ECNS) -- China's progress in the field of human rights over the past 40 years deserves affirmation. For example, before China's reform and opening up in 1978, human rights had been labeled as "a bourgeoisie conspiracy" and was rejected recognition. For a long time, the department of law only existed at Peking University and Jilin University in China. Moreover, the number of teachers and students in the Department of Law at Peking University ranked the last but one among all departments in the university, only greater than that of the Department of Library Sciences.

The lawyers' system was resumed in China in 1978. China amended its criminal procedure law with the inclusion of the presumption of innocence provision in 1996. In 2004, an amendment was made to the Constitution of the People's Republic of China, with the sub-section "the state shall respect and protect human rights added to Article 33." At present, law schools have mushroomed in China, serving as the epitome of fundamental changes. 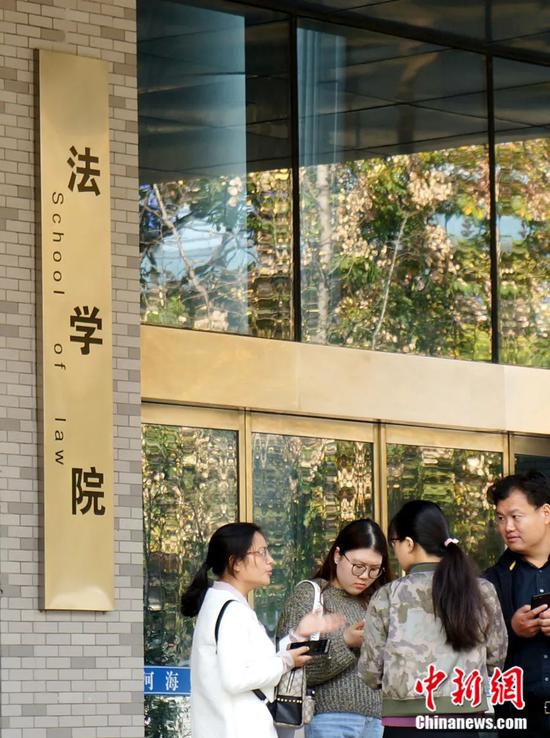 A law school building in a university. (Photo/China News Service)

As early as more than 2,000 years ago, a Chinese philosopher said that "When the granaries are full, they will know propriety and moderation." Bertolt Brecht, a famous German playwright and Marxist, also famously said that "Grub first, then ethics." It is naturally not surprising that China, an advocate of Marxism, has given priority to economic development and economic human rights. In March 2001, China ratified the International Covenant on Economic, Social and Cultural Rights, which has well explained the emphasis placed on the Chinese concept of human rights.

The right to development and the economic, social, and cultural rights are of vital significance. As a result, the view of human rights centering around some individual rights is disappointingly narrow. For example, in March 2021, Switzerland released its first "China Strategy," which states that "in just a few decades, hundreds of millions of people were lifted out of poverty." "China therefore makes a significant contribution to alleviating this global problem." However, the document refers to these achievements as economic ones, and doesn't mention at all that they are also human rights achievements, namely, the economic human rights achievements.

In the document, it is also pointed out that China's "Belt and Road Initiative" embodies a "development model with a global outlook," and the primary aim is to speed up development in China's poorer western provinces and enhance the connectivity between Asia and Europe and Africa by the creation of infrastructure (transport, energy, and communication) in third countries. Now that the "Belt and Road Initiative" aims to promote the economic development of China and other participating countries, it should be viewed as a "global human rights project" intended to advance the economic human rights and the right to development.

From February 28 to April 1 this year, the 49th regular session of the UN Human Rights Council was held in Geneva. It turned out that many resolutions were unanimously adopted without a vote.

However, when discussing human rights, media and government officials in Switzerland have not said a single word about the similar views shared by Switzerland and China on many human rights issues. Other Western countries have also done so. Within the UN Human Rights Council, Western countries often vote for resolutions for economic human rights and the right to development. One way well say it's "an open secret." Their people are kept in the dark. With such a "dishonest" attitude of these countries, ordinary people in the West have no idea of the specific developments of the UN Human Rights Council.

Based on this, to advance the exchange and communication between China and the West to approach human rights, it is recommended that China release a comprehensive meeting report in English, French, German, and other languages after the closing of each session of the UN Human Rights Council. In this way, it is visible that Western countries share China's views on many resolutions. The release of such a report is what China is supposed to do because Western countries are unwilling to do so for sure.

Of course, Western countries, including Switzerland, are likely to "make an exhibition of themselves". For example, in June 2017, the UN Human Rights Council adopted the resolution of "promotion of the right to peace." Developing countries, including China, voted in favour; the US and other Western countries voted against, with Switzerland among the abstentions. People in the US and Switzerland will certainly be taken by surprise if they find that their countries do not support "the right to peace." Consequently, they will very likely shift their attention from China to their own countries, reversing from "a person of a vile character makes demands upon others" to "a person of a noble character makes demands upon himself." 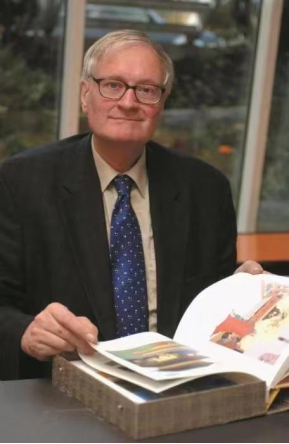 The author Harro von Senger is a Swiss lawyer and professor emeritus of sinology at the Albert Ludwigs University in Freiburg im Breisgau, Germany, as well as an expert on Chinese law.