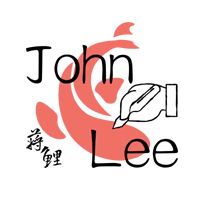 (ECNS) -- Three English football players — Marcus Rashford, Jadon Sancho and Bukayo Saka, who are of African descent and missed their penalties in defeat against Italy in the Euro 2020 final — were inundated with racial abuse on social media platforms, which has exposed the deep-rooted racism in the UK once again.

Another race hate case occurred in Sheffield in May. A 19-year-old Chinese student was violently attacked by a British woman who demanded to know if she was Chinese, hit her in the face and pulled her to the ground by her hair. The attacker allegedly picked up a bottle but was intercepted by passersby.

But instead of reflecting on and trying to find solutions to these problems, the UK government has turned a blind eye to the status quo and tried to whitewash it. The country said it "no longer" has a system rigged against people from ethnic minorities and should be seen as a "model for other white-majority countries," according to a report released by the Commission on Race and Ethnic Disparities, which sparked wide outrage from UK society and its ethnic minorities. The report was also slammed by the UN Working Group of Experts on People of African Descent, which claims "the report cites dubious evidence to make claims that rationalize white supremacy by using the familiar arguments that have always justified racial hierarchy."

All British ethnic minorities, including Africans and Asians, have long fought for illusive equal rights. Racial equality, which is always on the lips of white people, however, has never become reality.

Some UK politicians always object to other countries' human rights issues, but shut their eyes to their own problems. If the government really wants to defend its UK-style "freedom, equality and democracy,” it must act to change the dilemma faced by ethnic minorities and create a fair and safe living environment for them.