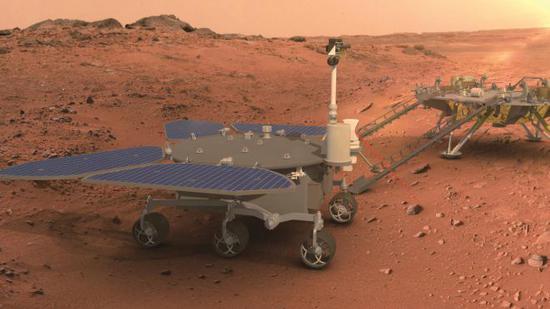 All the 10 names are related to traditional Chinese culture.

Hongyi, stemming from The Analects of Confucius, means breadth of mind and vigorous endurance. Kylin, Nezha, Chitu, Zhurong and Hot Wheel originate from ancient Chinese mythological stories. Qiusuo, selected from Lisao, a work by patriotic poet Qu Yuan from the Warring States period, means a person should keep searching the road ahead. Zhuimeng means to pursue a dream, Tianxing relates the motion of celestial bodies while Xinghuo means a single spark can start a prairie fire.

The last three names, chosen from six consisting of three judge-evaluated names and the top three voted for by the public, will be submitted for approval. The official name for the Mars rover will be released before the Tianwen-1 probe lands on Mars.

The Tianwen-1 probe will enter the Mars orbit around Feb. 10 this year as planned to prepare for landing.