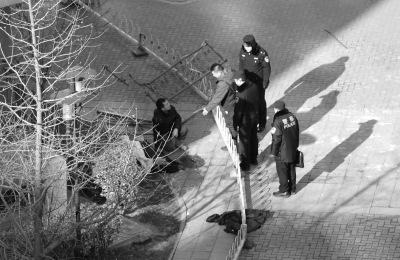 Policemen made investigates in a Beijing community afte an old man was killed by a window guardrail from a high-rise. (File photo/Beijing News)

China has seen a growing number of cases where people and property are jeopardized by objects thrown or falling from skyscrapers, according to the guideline.

Different approaches need to be taken in civil and criminal cases with full consideration given to the motivation and damage caused by those held responsible, it noted.

In civil trials, courts are urged to hold property management companies liable if they fail to fulfil their legal or contracted responsibilities.

To improve the protection of people and their property, courts will also work closely with police or government departments to prevent objects falling or being thrown from high buildings, the guideline concludes.