The animal lives exclusively in the trees. Considerably smaller than most apes, the gibbon, or nomascus hainanus to use the scientific name, belongs to a group known as the "lesser apes", which are smaller than the so-called great apes. Like them, it doesn't have a tail.

It is rated as critically endangered by the International Union for Conservation of Nature. In the 1980s, only 10 individuals remained. The population in China now numbers 36, spread over five groups, compared with 30 in four groups in 2019 when the country started to pilot the national park system in Hainan's tropical rainforest area, according to the Hainan Department of Ecology and Environment. The pilot brought 95 percent of virgin forests, 55 percent of natural forests and all areas with key ecological functions on the island under protection, making efforts to conserve the species to an unprecedented high, the department said. 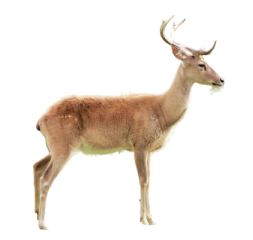 The Hainan Tropical Rainforest National Park also boasts Eld's deer, one of the rarest deer species, which is under first-class national protection in China. The deer, which has two lines of white dots running parallel to a dark brown strip down its back, is classified as endangered by the IUCN.

The number of Eld's deer in China plunged to the edge of extinction in the 1970s, with only 26 recorded. Thanks to decades of conservation and protection work, the population in Hainan has risen and in the Datian National Natural Reserve, now part of the Hainan Tropical Rainforest National Park, alone, there are over 300 Eld's deer, according to China News Service.

The Bawangling leopard gecko (Goniurosaurus bawanglingensis) is a species endemic to the Hainan Bawangling National Nature Reserve, now part of the Hainan Tropical Rainforest National Park. An adult is 15 to 18 centimeters long, half of which is its tail. Timid and shy, it usually hides in caves and cracks in rocks during the day and only comes out after night has fallen.

Among the endangered plants in the Hainan Tropical Rainforest National Park is Hopea hainanensis, a tree endemic to Hainan province and a small area in northern Vietnam. The evergreen, which can grow to about 20 meters tall, is listed as an endangered species by the IUCN. The extremely durable wood is highly valued and can be used for making boats and building bridges and houses. The tree has been artificially cultivated outside Hainan in China's South and Southwest, including provinces such as Yunnan, Guangdong and Fujian.