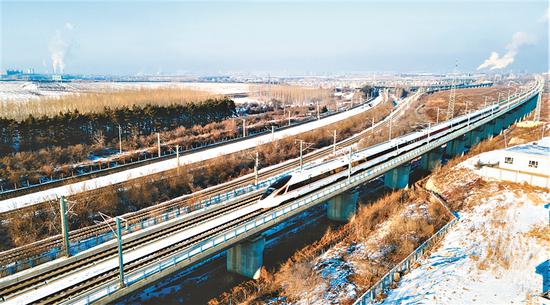 On Dec. 1, 2012, the 921-km railway linking the northeastern city of Harbin and port city of Dalian came into service.

As of Thursday, it has launched 739,000 multiple-unit trains and run a total of over 671 million km over the past decade, according to China Railway Harbin Bureau Group Co., Ltd.

The Harbin-Dalian high-speed railway, which allows trains to run at a top speed of 300 km per hour, is located in a region at high latitudes with frequent rain, snow, and freezing weather. The maximum temperature difference between winter and summer along the route can reach more than 70 degrees Celsius.