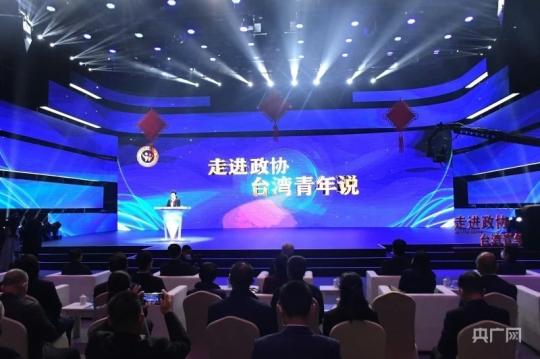 The Straits Youth Festival, an annual exchange event across the Taiwan Straits, begins in Fuzhou, Fujian province, on Thursday and will end on Monday. (Photo/cnr.cn)

This year's Straits Youth Festival, an annual exchange event across the Taiwan Straits, has attracted an estimated 3,000 young people from Taiwan, according to the organizers.

The event, which began in Fuzhou, Fujian province, on Thursday and will end on Monday, includes 36 activities involving Chinese traditions, rural vitalization, youth employment and more.

With people participating both in person and online, the festival will also include a summit on Friday featuring exchanges between young people from both sides of the Straits, according to the State Council Taiwan Affairs Office.

The event, the first large-scale cross-Straits youth exchange activity to occur after the 20th National Congress of the Communist Party of China in October, will further encourage young people on both sides to learn from each other and forge more bonds between them, the office said.

Meanwhile, more than 1,700 job opportunities will be offered by 155 employers to young people from Taiwan at the event, and efforts will be made to facilitate the establishment of bases to help them set up startups in the sports and music industries, according to the office.

The Straits Youth Festival has been held in Fujian every year since 2013, attracting roughly 30,000 young people from both sides of the Straits in that time. It has become a major platform for young people from Taiwan to pursue, develop and realize their dreams on the mainland.