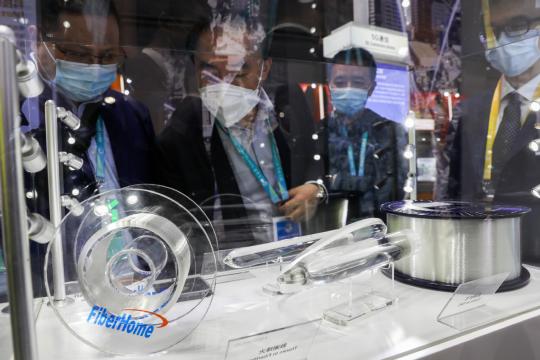 COVID-19 vaccine development and anti-pandemic measures, climate change and green development, the digital economy, interconnectivity and scientific ethics are some of the fields where scientific communities around the world hope to see more comprehensive collaboration in the future.

More than 205 experts, including seven Nobel laureates, from 19 countries and regions participated in the 3rd World Science and Technology Development Forum, which concluded in Beijing on Sunday.

Centered on the themes of openness, trust and cooperation, the participants discussed how to promote science as a global public good, how innovation can introduce new solutions to sustainable development, how to build mutual trust to enhance inclusivity and governance of science and technology, and how to better collaborate with each other to meet shared challenges.

Wan Gang, president of the China Association for Science and Technology, said during the forum's opening ceremony on Saturday that scientific communities around the world should enhance consensus and cooperation based on the foundation of mutual respect, inclusivity and win-win outcomes.

Scientific communities around the world should also uphold the principles of open science and facilitate the flow of scientific knowledge, data and output in order to accumulate the wisdom of scientists from various countries to jointly push the frontiers of basic sciences and tackle major global challenges, Wan said.

"In the face of common challenges to humanity's survival and development, no country can tackle them alone or stay aloof," he said.

"Promoting openness, enhancing trust and deepening cooperation may be our only solution and way out of these problems."

Li Xiaohong, president of the Chinese Academy of Engineering, said open science allows researchers to communicate and learn from each other, thus ensuring an endless source of new inspirations.

"Trust and solidarity are the foundation of openness and inclusivity, and the prerequisite for enhancing science, technology and innovation cooperation," he said, adding the Chinese engineering community is looking forward to expanding cooperation with international peers and jointly contributing to the betterment of mankind.

Liu Zhenmin, the UN's under-secretary-general for economic and social affairs, said in a video message to the forum that science, technology and innovation are central to achieving sustainable development goals and to fighting back against climate change.

"Our challenge now, is to harness its transformative potential and direct it toward implementing the SDGs," he said. "A multi-stakeholder approach－with openness, trust and cooperation－will make all the difference."

Shahbaz Khan, director of the UNESCO office in Beijing, said by encouraging science to be more open and connected to societal needs, "we can enable open science to become a true game changer, and make sure that there is more cooperation among countries."

Gong Ke, president of the World Federation of Engineering Organizations, said that in the last two years, innovations in science, technology and engineering have played a crucial role in combating the COVID-19 pandemic and helping countries return to normalcy.

Gong highlighted the need to open up innovation ecosystems to incorporate more global collaboration. He said it is also imperative for the global scientific community to cherish the value of openness and cultivate trust between stakeholders.