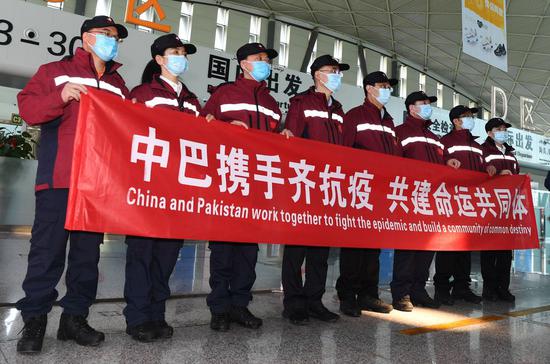 In March, the "Iron Brothers" Islamic Republic of Pakistan and the People's Republic of China kicked off the 70th anniversary of their diplomatic ties. This year will be an opportunity to survey the journey of diplomatic relations between two countries, which was established in the year of 1951. Both countries began their celebrations at a virtual ceremony in Islamabad and Beijing and have a plan to celebrate through May 21.

Since ancient times, Pakistan and China have historical and geographical links. Ancient China's abbots as well as penitents traveled to the illustrious Buddhist academies of Pakistan with the aim to learn the customs, norms, values and teachings of Buddhism.

In the contemporary historical milieu, May 1951 was a significant moment in the modern history of Pakistan and as well as China. Over these 70 years, the bilateral relations have been named "All-Weather Friendship", "Iron-Brothers", "Shadow in Sunlit friendship" and "Strategic Partners". Additionally, the friendship between Pakistan and China has also been marked with the terms "Higher than the Himalayas" and "deeper than Oceans".

The first interaction among the premiers of two nations was held at the eve of the "Bandung Conference" in 1955, when Pakistan's Prime Minister M. Ali Bogra and Chinese Premier Zhou Enlai met. Pakistan's Prime Minister H. S. Shuharwardi then visited China, and Zhou Enlai subsequently made a reciprocal visit. The first agreement, which is commonly known as the "Border agreement", was signed between the two countries in 1963, provoking more deep trust, love and care among the two countries. Soon after this agreement, Pakistan's first national flag-carrier Pakistan International Airlines began flights to the People's Republic of China in 1964.

In the early 1970s, Pakistan played an imperative role in shifting relations between China and the US from estrangement to rapprochement. Owing to the complex climate of the Cold War, Pakistan supported China taking its rightful seat in the United Nations.

Reciprocally, apart from Chinese support to Pakistan in its time of need and during the India-Pakistan military standoff in 1965 and 1971, China also condemned India when it performed a nuclear test and exacerbated tensions in the region. 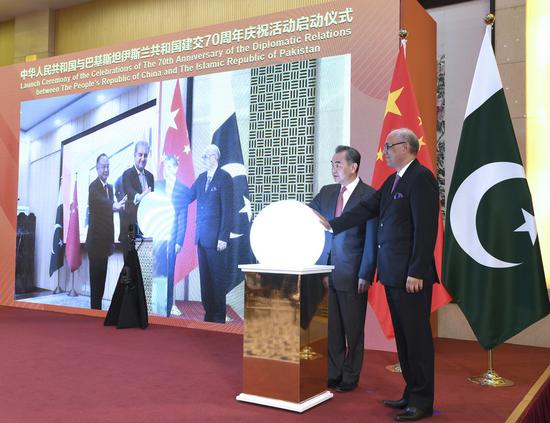 In the context of economics and trade, Pakistan supports China's Belt and Road Initiative, which heightens economic integration and win-win comprehensive global growth. Under the umbrella of the BRI, the China-Pakistan Economic Corridor was announced in 2014, a demonstrative joint venture between the two countries accelerating in-depth economic and regional partnerships. Under CPEC, Pakistan's infrastructure, industry, economic zones, agriculture, social as well as economic domains will flourish.

Additionally, China fortifies Pakistan's defense. Owing to the evolving India-US strategic partnership since 2004 and US sales of arms to India, China supports Pakistan to deal with these provocations. Most recently, China has provided four "Type-054 frigates" to Pakistan and also given support in the development of combat tanks, as well as the "Al-Khalid" and "JF-Thunder" fighter jets.

In the hazardous times of the COVID-19 pandemic, China has given support to countries all over the world, Pakistan in particular. The availability of masks and vaccines for Pakistan was a top priority of China. Moreover, in the time of COVID-19, Pakistan stood with China and rejected spurious allegations from the West about the virus' origin. Showing continuing trustworthy relations, approximately 28,000 Pakistani students are studying in China at different levels. In the time of the COVID-19 pandemic, the Chinese government provided great support and care for Pakistani students.

Summarily, the "China-Pakistan relations" symbolize peace, harmony, synchronization of win-win benefits and stability of the region.

By Naseem Baloch, a master's student at the School of Education at Central China Normal University in Wuhan.