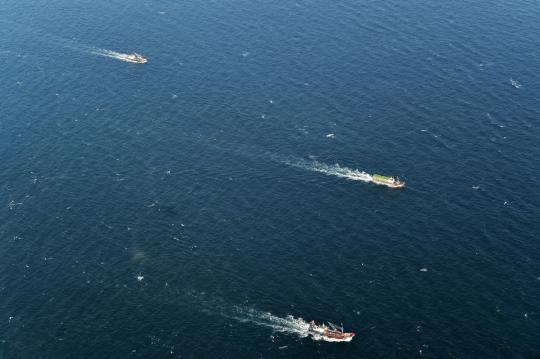 Fishing boats return to port in Zhoushan, Zhejiang province, on May 1, 2021. (Photo/Xinhua)

The country suffered a direct economic loss of 832 million yuan (about $128.65 million) from these disasters last year, which was only 9 percent of the average during the past decade, said the Bulletin of China Marine Disaster released by the Ministry of Natural Resources.

Last year, six people died or went missing due to marine disasters, well below the average level of 50 since 2011, said the bulletin.

Among the kinds of these disasters in 2020, storm surges were the most destructive.

In 2020, 14 storm surges hit coastal areas of China, seven of which led to disasters and brought about 810 million yuan of direct economic loss, data from the report showed.