Theme parks set to be in for the long ride 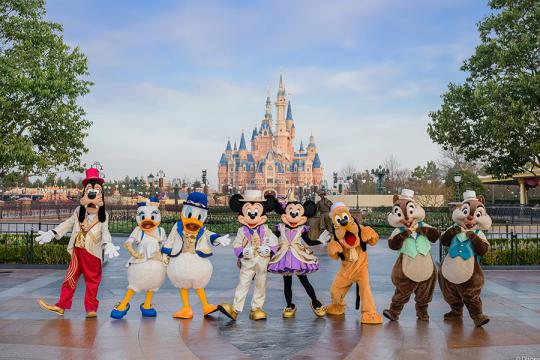 As Universal Beijing Resort is scheduled to open for a trial run next month, anticipation is building up, fueling fierce competition among international and domestic theme park operators in the country. However, this is a win for fans of Transformers, Harry Potter and Kung Fu Panda as the wait to ride on one of the world's best themed roller coasters is finally over.

UBR is the first international theme park in the capital, five years after the opening of the Shanghai Disney Resort. It is estimated that UBR will attract more than 6 million visitors in the first year, and 15 to 20 million in the following years.

Nationwide, leading international theme park operators have been eager to enter the market and expand quickly. Despite the severe impact of the COVID-19 pandemic on the global tourism sector, many theme parks in China saw their businesses return and recover since the latter half of last year due to better pandemic control. Shanghai Disney Resort reopened in May last year.

It is reported that Legoland Resort is scheduled to be built in the Fangshan district of Beijing and also in Sichuan province.

Merlin Entertainments, a global leader in location based entertainment with brands including Madame Tussauds and the Dungeons, plan to open a Legoland in Shanghai in 2024.

Since its entrance into the market in 2018, Merlin has opened five attractions, including the world's first Peppa Pig World of Play in Shanghai and Little BIG City in Beijing. 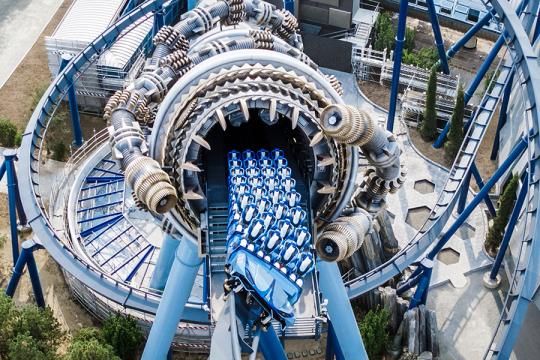 According to the TEA/AECOM 2019 Theme Index and Museum Index, attendance of the top 10 theme park groups worldwide has grown 4 percent between 2018 and 2019. Strong growth is seen in China's leisure sector, driven by a large population with increasing incomes and desire for travel and leisure.

Another industry report also stated there has been a surge in the domestic theme park market in recent years, with the value rising from 21.2 billion yuan ($3.2 billion) in 2014 to 254.9 billion yuan last year. The figure is estimated to grow continuously at an annual rate of 12.6 percent in the next five years. Chinese operators including OCT Group, Chimelong and Fantawild have dominated the market, all of them reporting high single or double digit increases in terms of attendance during the year 2019.

But it has not always been a smooth ride for investors. According to the Institute for Theme Park Studies in China, 25 percent of China's 339 theme parks made losses, 22 percent broke even, and only 53 percent of them made profits in 2019. Successful operation of theme parks not only requires long-term and massive investment, but it also takes tremendous amount of effort to constantly tell fresh stories to its audience so as to achieve repeat visits.

Even opening a theme park is no simple task.

During the decadelong preparations, the UBR project had more than 100,000 construction workers on site working day and night. Significant effort has been put into combining special themed elements and local culture, with support from more than 500 designers and artists and over 500 suppliers and partners. 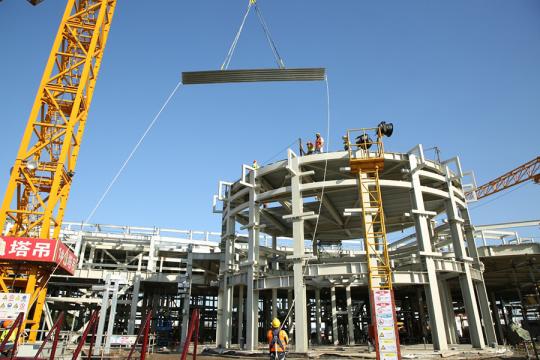 Zootopia of the Shanghai Disneyland under construction in December. [Photo provided to China Daily]

The scale of UBR is unprecedented. Apart from the Universal Studios Beijing theme park, it will also include the Universal City-Walk Beijing retail, dining and entertainment complex and two hotels. It looks set on becoming a major leisure destination in the capital.

The challenge for them was how do they make this "legendary Chinese" world with architecture, set designs, decorations and landscapes work for Chinese theme park fans.

"It's an imaginary world co-created by artists from both east and west," Fang said.

For instance, the Jade Palace is inspired by ancient Chinese architecture, but it is not from any particular period.

"Our goal is to stay faithful to the Kung Fu Panda IP," he said. "That's the key to creating an immersive land that is full of amazement and surprises, one that will entertain our guests beyond their imagination."

To celebrate its fifth birthday this year, the Shanghai Disney Resort launched "magical surprises" including a fashion show inside its Enhanced Storybook Castle. 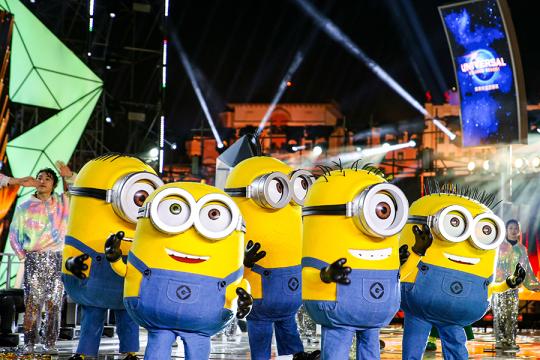 The Minions on a 2021 gala stage in Universal Beijing Resort. [Photo provided to China Daily]

In December, the resort signed off the final steel roof deck of its eighth and newest themed land, Zootopia. It is also the first-ever land of its kind in the world.

Some domestic themed resorts have fought for locally relevant intellectual property rights to win over younger Generation Z consumers to get ahead of international rivals.

OCT Group, the country's leading theme park operator that owns the Happy Valley brand, has signed contracts to acquire the IPs of Super Wings, a popular animation series from Guangdong Alpha Animation and Culture, to launch Super Wings characters in its Happy Valley in Chongqing this June. It has also signed contracts with local cartoon publisher Kuaikan Cartoon to develop and incubate IPs.

Lin Huanjie, director of the institute, said Happy Valley's introduction of niche domestic IPs has not been sufficient in acquiring new visitors. But the collaboration could benefit the extension of its business portfolios by developing derivative retail businesses such as blind-box products. 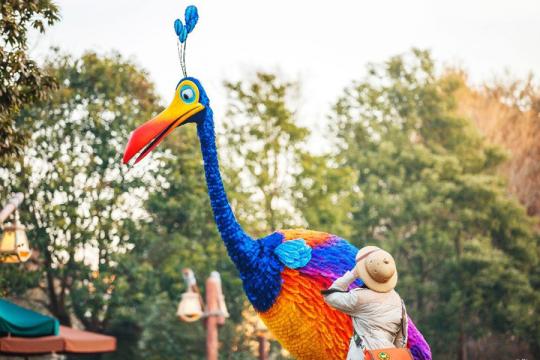 A visitor to Shanghai Disneyland in February. [Photo provided to China Daily] 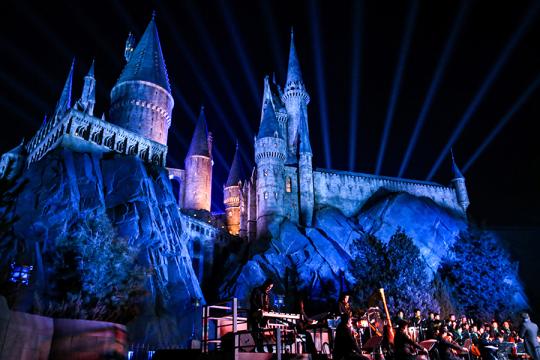 The Hogwarts castle of the Wizarding World of Harry Potter at Universal Beijing Resort in 2021. [Photo provided to China Daily]