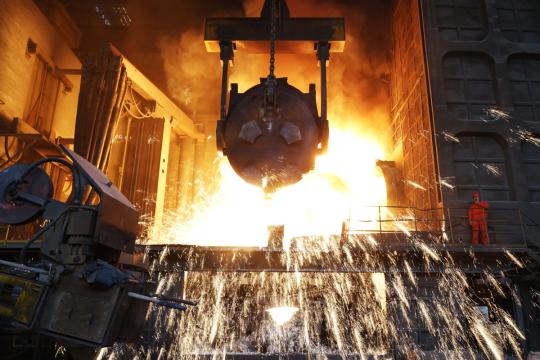 During his inspection tour in Liaoning province on Tuesday and Wednesday last week, Vice-Premier Liu He urged the rust belt province that used to be known as the "Oriental Ruhr" to implement the central authorities' latest deployments for the revitalization of Northeast China, be realistic about its actual conditions, and make and implement well-targeted policies to pursue high-quality development.

Since the strategy of Northeast China revitalization was first proposed in 2004, the State has poured in funds and introduced a series of supportive policies to breathe new life into the moribund region. However, the development gap between the region and East and South China has only widened ever since.

That's why the central authorities are now pressing the better-off regions, such as the Yangtze River and the Pearl River deltas, to lend more support to the three provinces in the Northeast, which are of strategic importance to safeguarding the country's national food, energy and ecological security.

In his meeting with local officials in Liaoning, Liu reaffirmed the central authorities' support and called on them to give full play to the province's geographical advantages as the center of Northeast Asia, and further tap into Liaoning's industry and innovation legacy and potential.

Thanks to its early industrialization in the 19th and 20th centuries, Liaoning is still competitive in aircraft manufacturing, machine tool manufacturing, chemical engineering and iron and steel production. Likewise, Jilin and Heilongjiang provinces, are competitive in automobile manufacturing, chemical engineering, modern agriculture and science and technology research. The three provinces should take advantage of the country's endeavor to upgrade their industries, agriculture and governance to consolidate their strengths and explore new economic drivers.

It is reasonable for Liu to remind local officials that the three provinces have no excuses to fall behind the development of their counterparts in the western and central parts of the country, because Northeast China not only has a more solid development foundation and better natural conditions and resources, but also advantages in talents, infrastructure and long-term policy support from the central authorities.

As he stressed, the governments in Northeast China must make painstaking efforts to improve the local business environment, protect property rights and cherish government credit so as to steer market expectations for the region to change in a more positive direction.