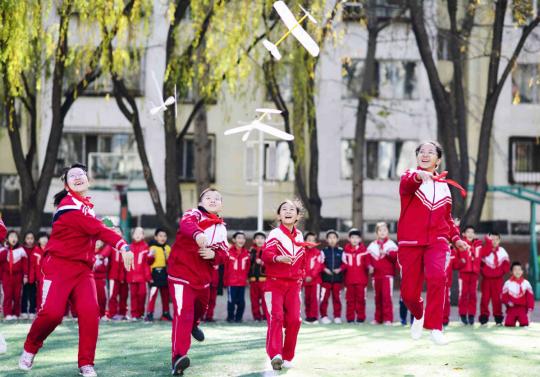 Administrative bodies with the Standing Committee of the National People's Congress, China's top legislature, have intensified and diversified efforts in helping two banners of Inner Mongolia autonomous region out of poverty in the past few years, as a move to contribute to the country's poverty relief campaign.

Since 2016, the working and administrative bodies under the legislature's General Office, including the training center and the liaison bureau, have provided various support to residents in the regional Qahar Right Wing Front Banner and Taibus Banner, helping them reduce poor households and improve their quality of daily lives, according to a statement by the legislature.

To ensure new laws and policies could be timely popularized and effectively implemented in the banners, where transportation was not convenient, staff members of the training center went to the areas to offer free training for local officials at the grassroots levels, the statement said.

Highlighting education in poverty alleviation, the legislature's administrative departments helped build playgrounds at two primary schools in Taibus Banner's two townships, and also coordinated some education institutions to offer help to the students in the areas, it said.

Under the administrators' coordination, China Charity Federation's Public Charity Promotion Committee established 24 libraries for 26 schools in the two banners, with donations of more than 88,000 books, it said.

Considering the banners' advantages in agricultural products and animal farming, the legislature's administrative divisions also helped local residents to promote their special foods and goods via e-commerce platforms, it said.

With these efforts, the poverty rate of the two banners has been consecutively reduced, and in March, the two areas were removed from the poverty list, it added.