China allying itself with WHO, other countries 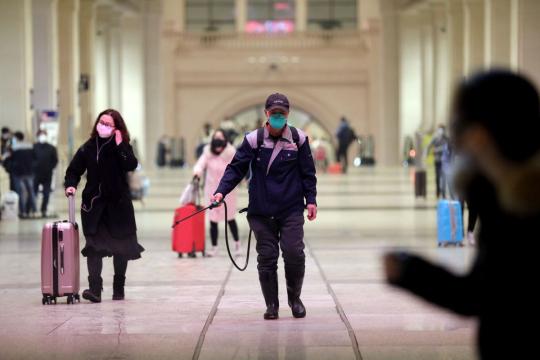 The Chinese mainland has been communicating closely with other countries about the pneumonia outbreak caused by a new coronavirus strain amid global prevention and control efforts, a top health official said on Wednesday in Beijing.

Since the disease broke out in Wuhan, Hubei Province, last month, China has continued to share information about it with other nations and the World Health Organization, said Li Bin, deputy director of the National Health Commission.

The commission has exchanged information on combating the disease with the WHO on multiple occasions and early on shared the genetic sequence of the new viral strain with the WHO, Li said at a news conference held by the State Council Information Office.

The commission has set up a team of experts to conduct intensified exchanges with WHO officials, and four seminars have been held between them, he said, adding that it has invited WHO experts to Wuhan for inspections.

The commission has also maintained close contact with counterparts in affected countries such as Thailand, Japan, South Korea and the United States-and their embassies in China-to share outbreak information and verify suspected cases.

The commission has also intensified exchanges and cooperation with authorities in Hong Kong, Macao and Taiwan, including sharing information on the disease, inviting experts to visit health institutions in Wuhan and providing equipment to aid in diagnosis, Li said.

Although largely contained in Wuhan, the disease has spread to some other areas of China and third-party countries, with an increasing number of cases being reported over the past few days.

The commission announced on Monday it will manage the disease as a Grade A infectious disease, which mandates the strictest prevention and control measures such as compulsory quarantining of patients.

Li said customs departments across China are intensifying inspection and quarantine efforts at ports to prevent the further spread of the disease.

The WHO said in a statement on Tuesday that it is working closely with China and other affected countries in battling the virus.

"The Chinese government is sharing information regularly and working closely with the WHO," said WHO China.