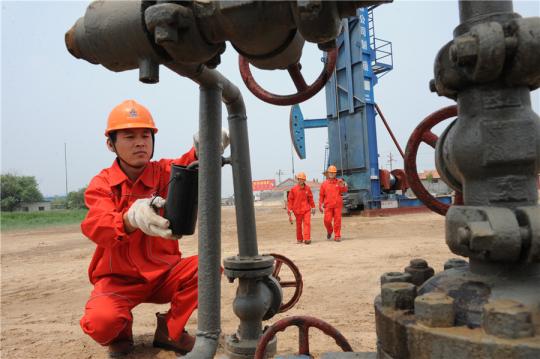 Amid rising international oil prices, Shengli's production, which is equivalent to 0.9 ton of crude for each of the country's 1.3 billion residents, accounts for one fifth of nationwide output in the same period, according to its developer China Petroleum and Chemical Corp, or Sinopec, the world's largest refiner by volume.

The oilfield, located in Dongying, Shandong province, with operations in eight cities and 28 counties in Shandong province and five provinces and autonomous regions in other parts of China, has contributed significantly to safeguarding national energy security, and developing the national economy, it said.

For over 50 years, 78 different kinds of oil and gas fields have been found in the Shengli Oil Field, with total original oil in place of 5.21 billion tons.

On the other hand, the country's largest oilfield Daqing, located between the Songhua River and Nenjiang River in Heilongjiang province, produced around 41.67 million tons of oil equivalent in 2018. The oil field's domestic facilities churned out 32.04 million tons of crude oil and 4.34 billion cubic meters of natural gas last year, as its developer, China National Petroleum Corp (PetroChina), the country's biggest oil and gas company, has been looking to increase its natural gas output due to difficulties in extracting crude oil at the base.

The company said earlier that it had found a conglomerate oilfield with an estimated one-billion-ton of reserves in the Junggar Basin in the Xinjiang Uygur autonomous region, with proven reserves of 520 million tons, part of its efforts to step up domestic exploration and development.

"The strategy shift is due to the country's high dependence on oil imports, continuous decline of domestic crude output and ongoing trade tensions with the US," she said.

As the largest crude and gas importer worldwide, China imported 440 million tons of crude oil in 2018, a year-on-year increase of 11 percent. The dependence ratio on foreign oil reached 69.8 percent, and is expected to continue rising in 2019, according to figures from PetroChina's Economics and Technology Research Institute.

China, which is set to remain the world's top oil buyer for the years to come, is forecast to slip to the 10th largest global oil producer in 2020, down from No 5 for most of the last decade, said consultancy Wood Mackenzie.

It's necessary the government and national oil majors come up with clear output enhancement targets to make sure the production sees a stable increase, said Li.

To tackle the issues of oil reservoirs maturing and domestic output falling, domestic oil companies have been making progress with drilling technology and cost cutting in recent years, while the country's national oil majors are also ramping up local oil and gas output, including CNPC, Sinopec and CNOOC, adding thousands of wells at oil basins, shale rocks and deepwater fields nationwide.

"China's National Development and Reform Commission set a minimum domestic production target of 200 million tons for 2020 in the 13th Five-Year Plan (2016-20). Achieving that target requires a 2.8 percent yearly growth in 2019-20," she said.

"Despite uncertainty and high volatility in oil prices, chances are high that they will boost upstream capital spending in this year.