Sneak up on polluters at night, inspector says 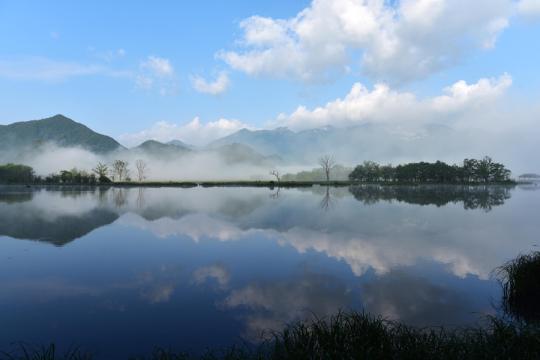 With environmental campaigns continuously being carried out by the government to combat air pollution, it is not uncommon to see inspectors being rejected, interfered with and even assaulted by employees of polluting enterprises.

Even so, as of October, about 20,000 companies have been ordered to improve their facilities, according to the Ministry of Ecology and Environment.

An nationwide average of 81.5 percent of days this year have had good air quality as of the end of October, an increase of 0.9 percentage points year-on-year.

The latest round of inspections is set to run until April 28.

Wen Feng, a staff member of an environmental protection authority in Hubei province, was sent as an inspector to Liaocheng, Shandong province, for 15 days. He was one of the 18,000 sent to 41 cities across the country. He has 13 years of experience with environmental inspections, so he knows the tricks of the trade and thinks sudden visits at night without warning is the best way to start them.

A guideline issued in 2015 by the environmental ministry said that visiting sites with no advance notice and no escort by local officials has been widely and effectively used.

On a cold, hazy night on Dec 12, Wen noticed on his air pollution monitoring app that one "cell" - which covers an area of 25 hectares - had signs of pollution. The network uses satellites to locate polluting areas and is used in all cities that may have polluting industries.

He saw smoke and smelled a pungent odor when he arrived at the spot with two other team members. The discharge, it turned out, was coming from the aluminum factory he had visited that morning as it had been belching harmful smoke.

"During the day, the factory suspended its operations because the manager said electricity had been cut. At night, it restarted production and sulfur dioxide spread all over the area because the vent wasn't covered," Wen said.

"To pass the inspection, they had to cover up the air vent to prevent harmful gas escaping into the air during the day. However, at night they removed the cover to speed up the cooling of the aluminum and improve production efficiency," he added.

Wen and his team took photos and made notes and uploaded them to the app so that the ministry could understand the situation and urge the local authority to perform its duty properly.

For Wen, the inspection this time went smoothly because the company stood back and let team members do their job.

"That's because the aluminum factory is a midsize company. If we inspected a smaller one, they would not let us in and would set their dogs on us, even though we have certificates of enforcement," Wen said.

Deceiving inspectors or refusing access have continued to occur in recent years because of the pursuit of profits and ignorance of environmental protection, the ministry said.

Extreme cases have involved violence. Last year, for example, inspectors were detained for 80 minutes by guards at an industry cluster in Cangzhou, Hebei province. In 2015, four inspectors were beaten up when checking dust emissions in Jinan, Shandong province.

"To encourage those companies to invest more in pollution-control devices, a green financial credit system should be set up. Those with a record of polluting should have their credit reduced, making it harder for them to get funds or loans," he said.

"We can't just depend on the Ministry of Ecology and Environment to fight pollution. Financial departments and the public should play an active role in defending our blue skies."