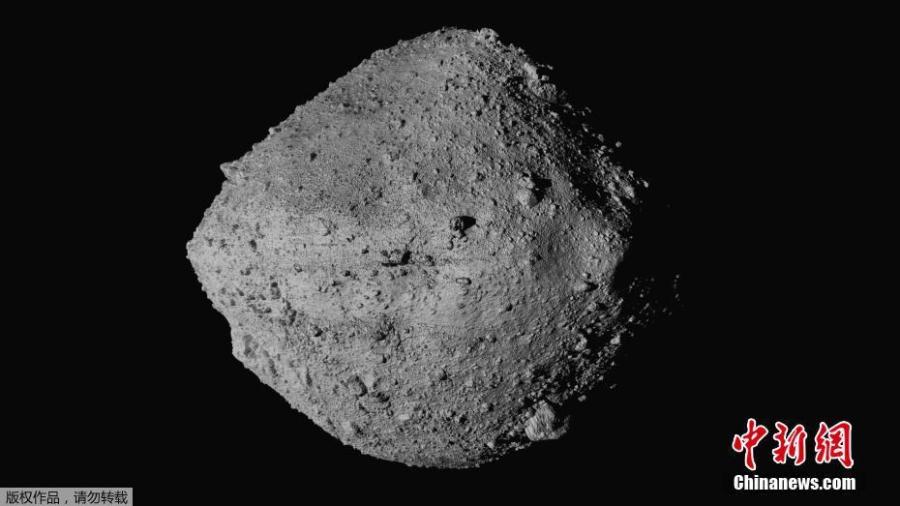 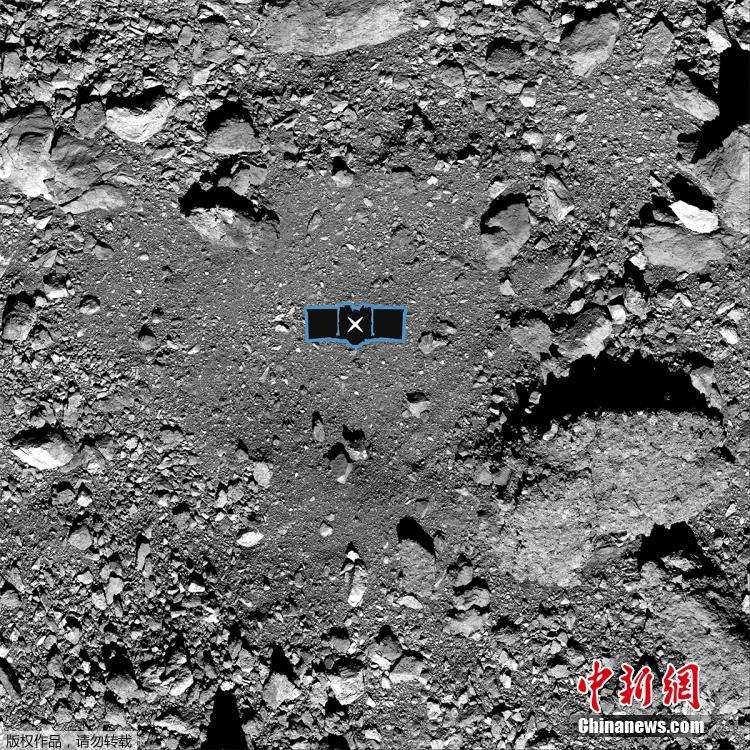 Photo shows sample site Nightingale, OSIRIS-REx’s primary sample collection site on asteroid Bennu. The image is overlaid with a graphic of the OSIRIS-REx spacecraft to illustrate the scale of the site. (Photo/Agencies) 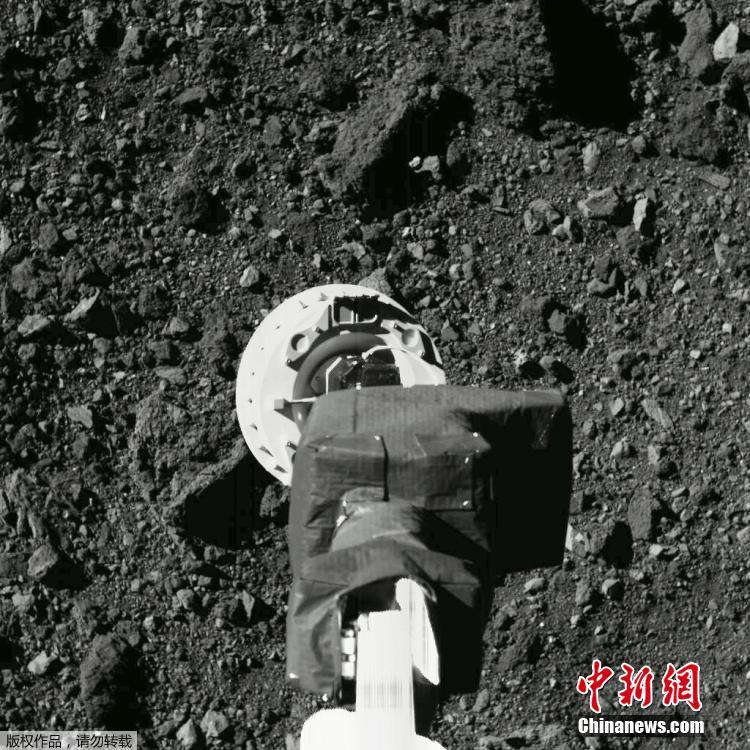 Photo shows the sampling arm of the OSIRIS-REx spacecraft during a rehearsal for an approach to the "Nightingale" sample site on the surface of the asteroid Bennu. (Photo/Agencies)