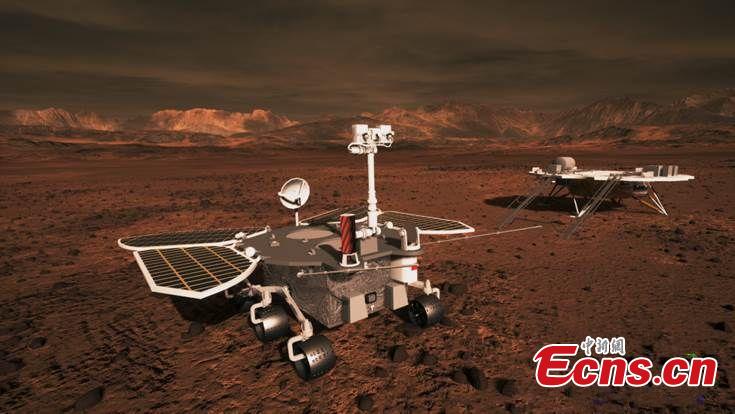 The China National Space Administration unveiled on Wednesday details of the nation's first Mars rover, which will be part of the country's first independent Mars mission Tianwen 1. The rover, which has yet to be named, is 1.85 meters tall and weighs about 240 kilograms. It has six wheels and four solar panels and will be able to move at 200 meters per hour on Mars, the administration's Lunar Exploration and Space Program Center revealed at an unveiling ceremony in Wenchang, a coastal city on the island province of Hainan. (Photo provided to China News Service)