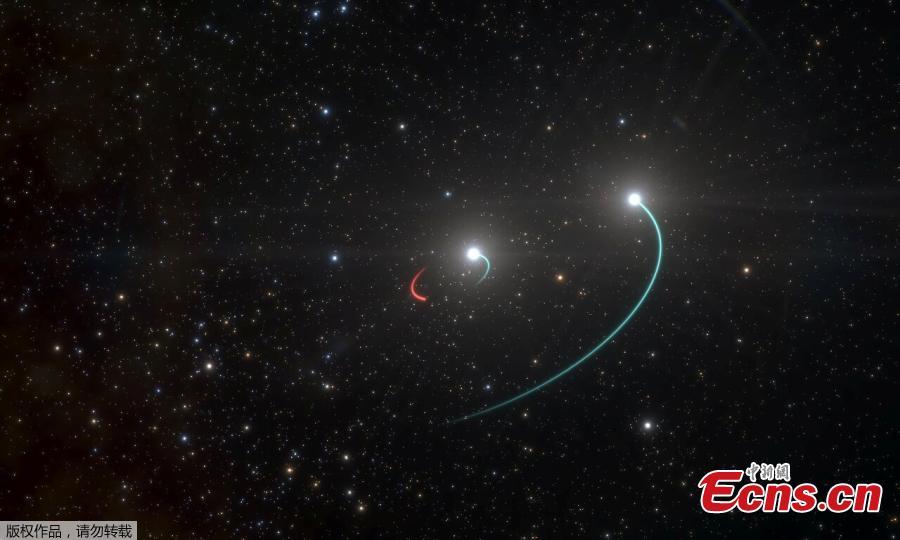 In this image released on May 6, 2020, an artist's impression depicts the orbits of the two stars and the black hole in the HR 6819 triple system, made up of an inner binary with one star (orbit in blue) and a newly discovered black hole (orbit in red), as well as a third star in a wider orbit (also in blue). (Photo/Agencies)