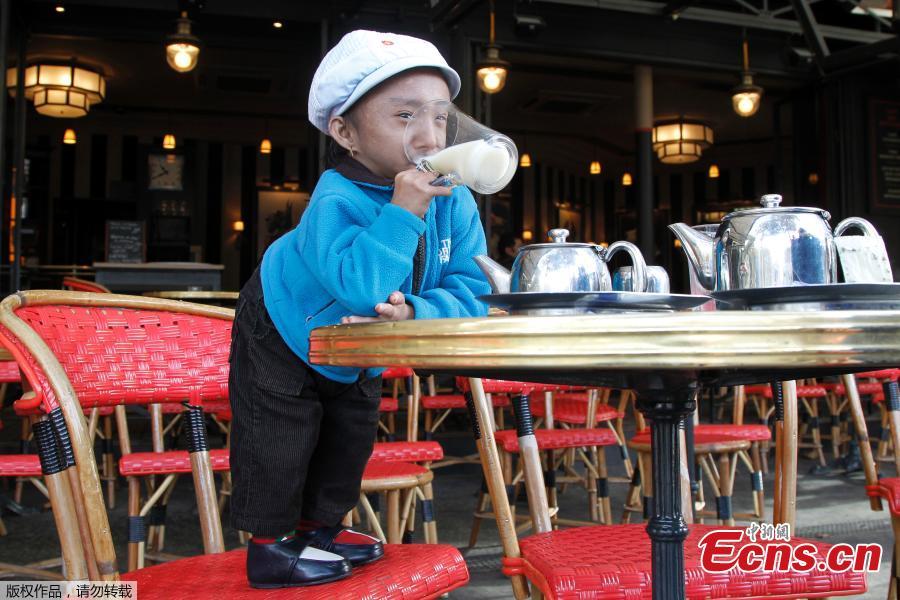 A file photo of Thapa Magar. He may have been the world’s shortest man but he led a tall life—traveling to dozens of countries and making appearances on international television. Khagendra Thapa Magar, who stood at 2 feet and 2.41 inches tall, died Friday at 27 after recent battles with asthma and pneumonia, according to his family.(Photo/Agencies) 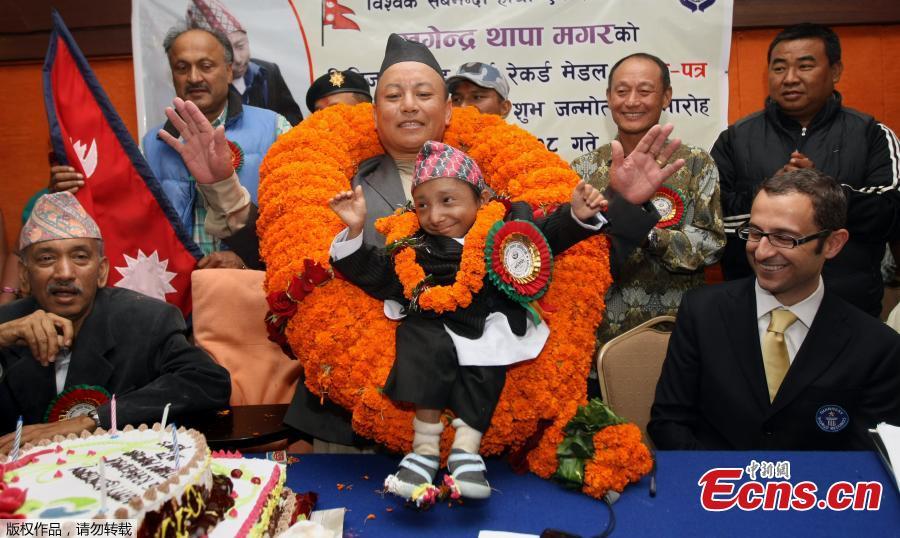 Khagendra Thapa Magar (C) celebrates after receiving from Guinness World Records official Marco Frigattihand (R) a certificate naming him as the world's shortest man at a ceremony in Pokhara, some 200 kms west of Kathmandu on October 14, 2010.(Photo/Agencies) 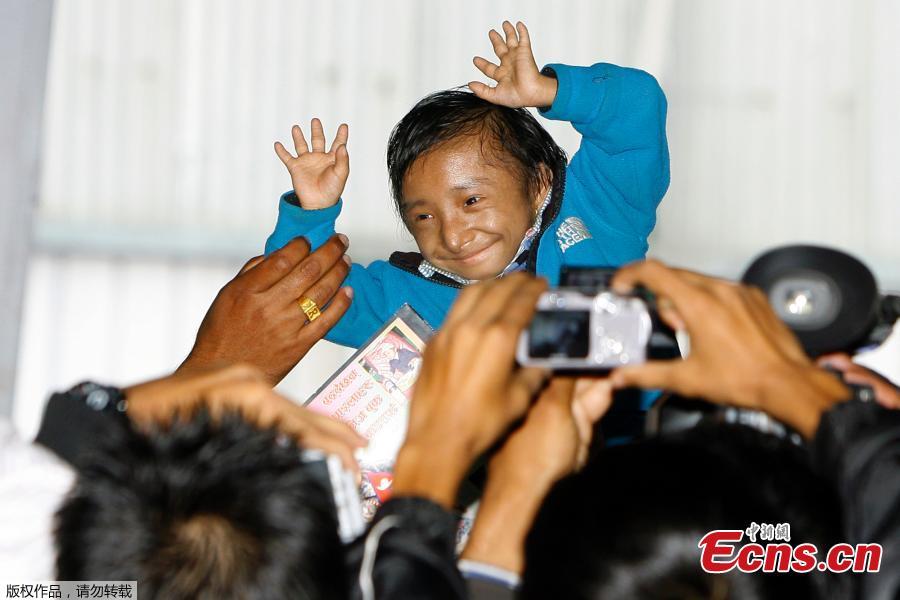