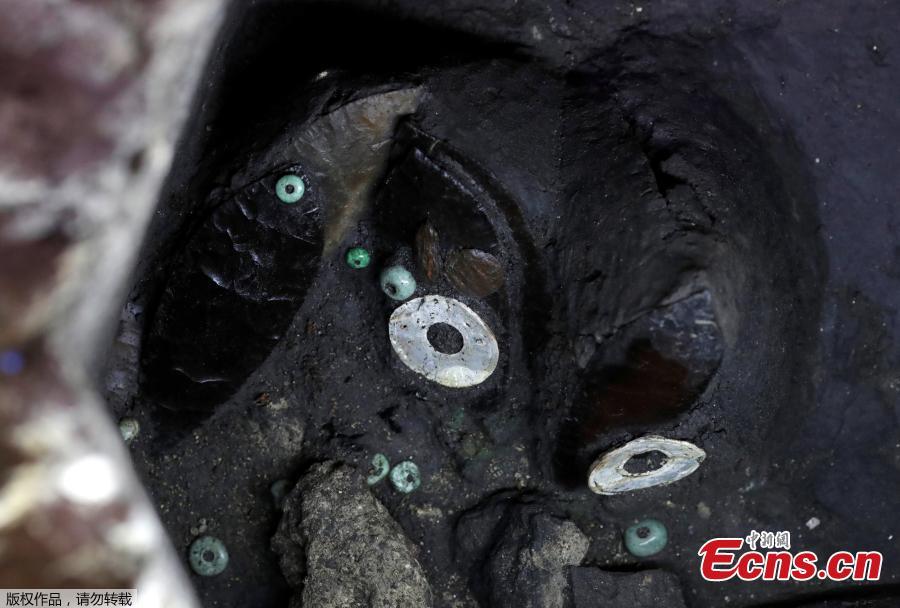 The 500-year-old interior of a stone box shows an Aztec offering including a set of black flint knives decorated to represent warriors with carved pearl, jade and green stone and used by priests in ritual sacrifices, in Mexico City, Mexico, March 14, 2019. A trove of Aztec sacrifices including a richly adorned jaguar dressed as a warrior and recently discovered in downtown Mexico City could lead archaeologists to the most tantalizing find yet: an Aztec emperor's tomb. (Photo/Agencies) 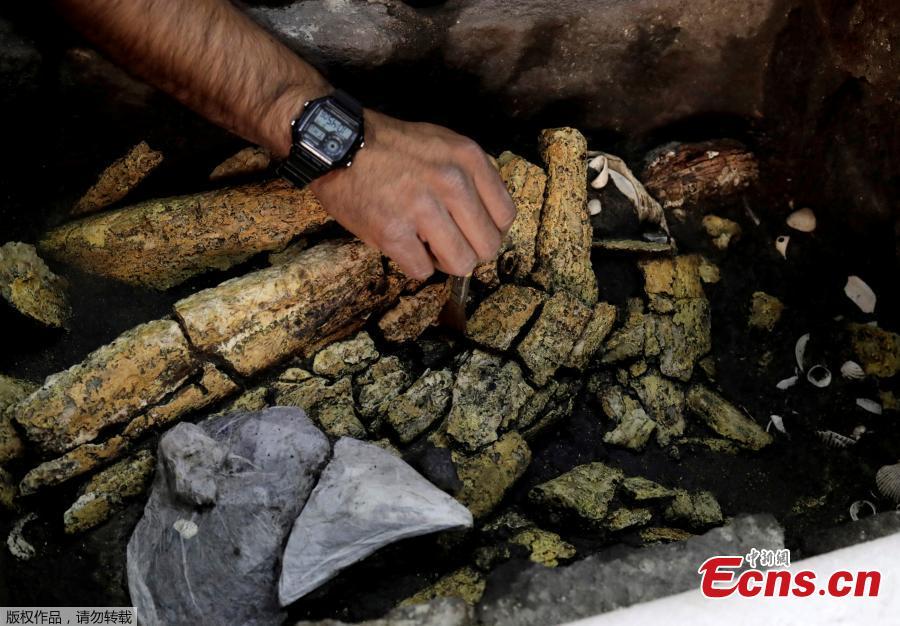 Antonio Marin, an archaeologist with the National Institute of Anthropology and History (INAH), works at a site where the 500-year-old interior of a partially-excavated stone box contains an Aztec offering including bars of copal used by Aztec priests for incense in ritual ceremonies, in Mexico City, Mexico March 14, 2019. (Photo/Agencies) 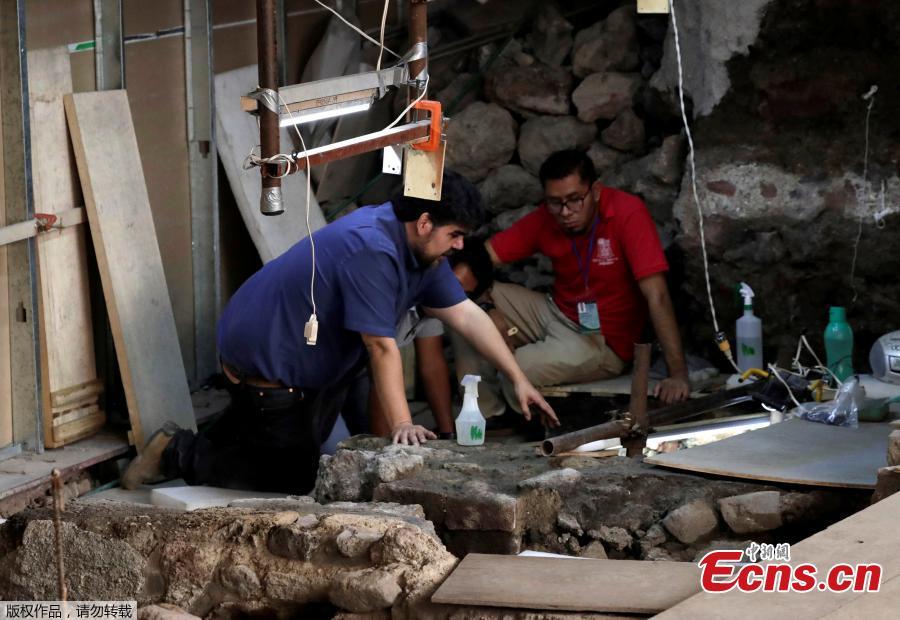 Miguel Baez (L) and Antonio Marin, archaeologists with the National Institute of Anthropology and History (INAH), work at a site where the 500-year-old interior of a partially-excavated stone box shows an Aztec offering that includes the bones of a jaguar with the circular emblem of the war god Huitzilopochtli, as well a layer of coral, the remains of a large number of starfish and shells and found at the steps of the Templo Mayor in downtown Mexico City, Mexico, March 14, 2019. (Photo/Agencies) 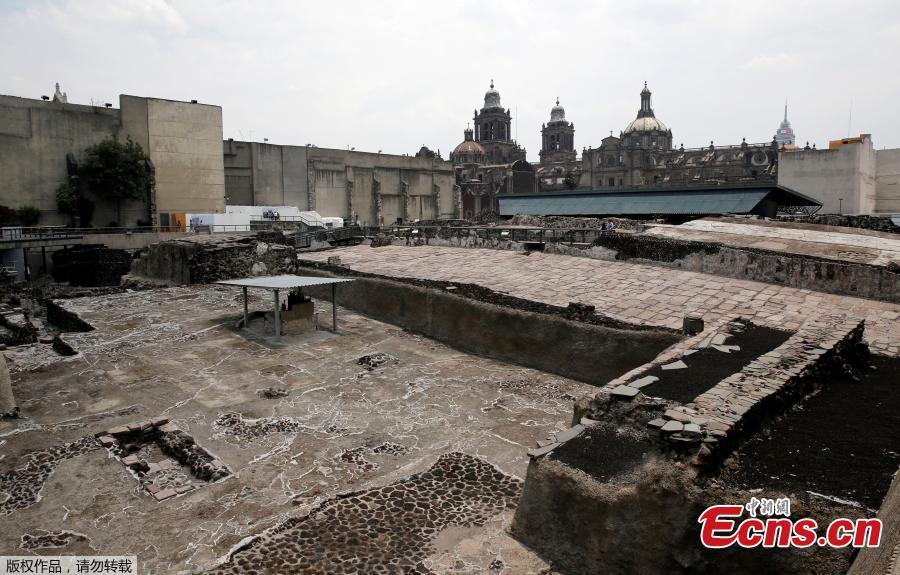 A general view of the ruins of the Aztecs' most important temple, known as the Templo Mayor, where the latest sacrificial offerings were found in downtown Mexico City, Mexico, June 7, 2017. (Photo/Agencies)