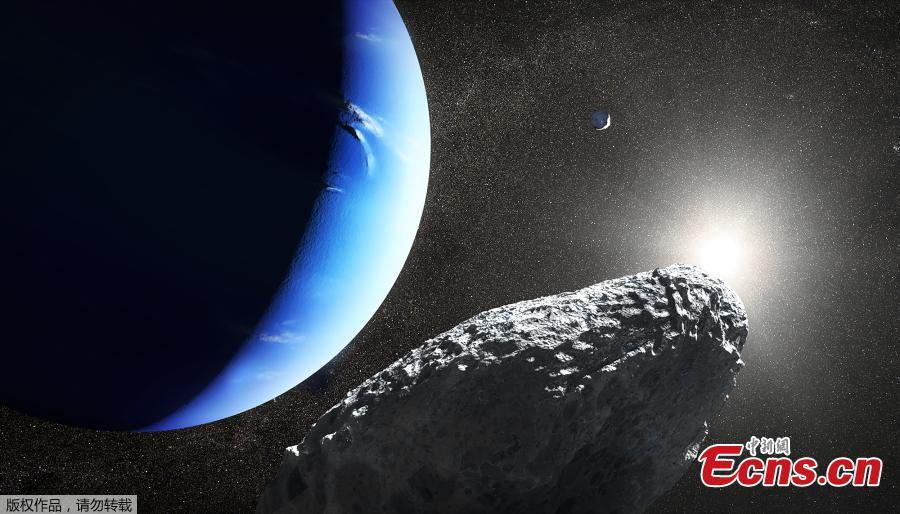 Photo released on Feb. 20, 2019 shows the tiny moon Hippocamp that was discovered by the Hubble Space Telescope. Only 20 miles across, it may actually be a broken-off fragment from a much larger neighboring moon, Proteus, seen as a smaller crescent in the upper right. This is the first evidence for a moon being an offshoot from a comet collision with a much larger parent body. (Photo/NASA) 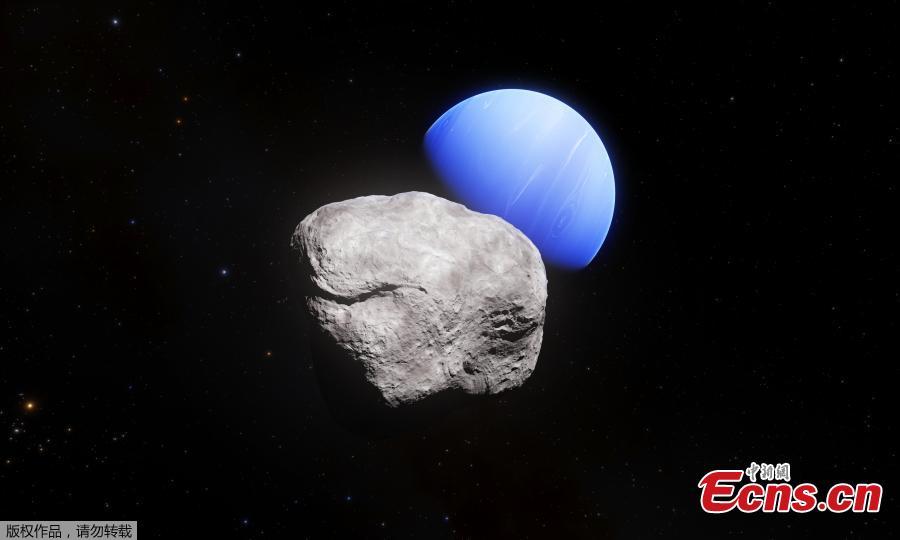 Photo shows the outermost planet of the Solar System, Neptune, and its small moon Hippocamp. Hippocamp was discovered in images taken with the NASA/ESA Hubble Space Telescope. Whilst the images taken with Hubble allowed astronomers to discover the moon and also to measure its diameter, about 34 kilometres, these images do not allow us to see surface structures. (Photo/NASA)