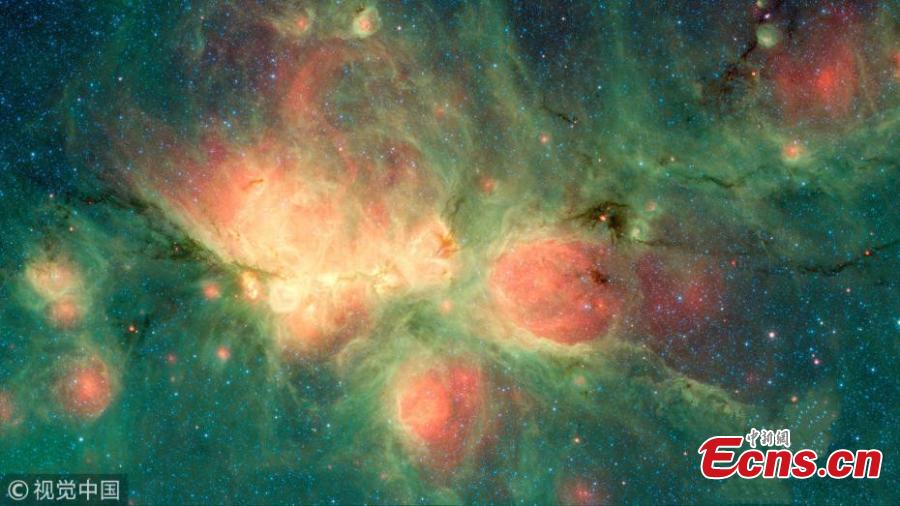 This image from NASA's Spitzer Space Telescope shows the Cat's Paw Nebula, so named for the large, round features that create the impression of a feline footprint. The nebula is a star-forming region in the Milky Way galaxy, located in the constellation Scorpius. Estimates of its distance from Earth range from about 4,200 to about 5,500 light-years. Framed by green clouds, the bright red bubbles are the dominant feature in the image, which was created using data from two of Spitzer's instruments. After gas and dust inside the nebula collapse to form stars, the stars may in turn heat up the pressurized gas surrounding them, causing it to expand into space and create bubbles.(Photo/VCG) 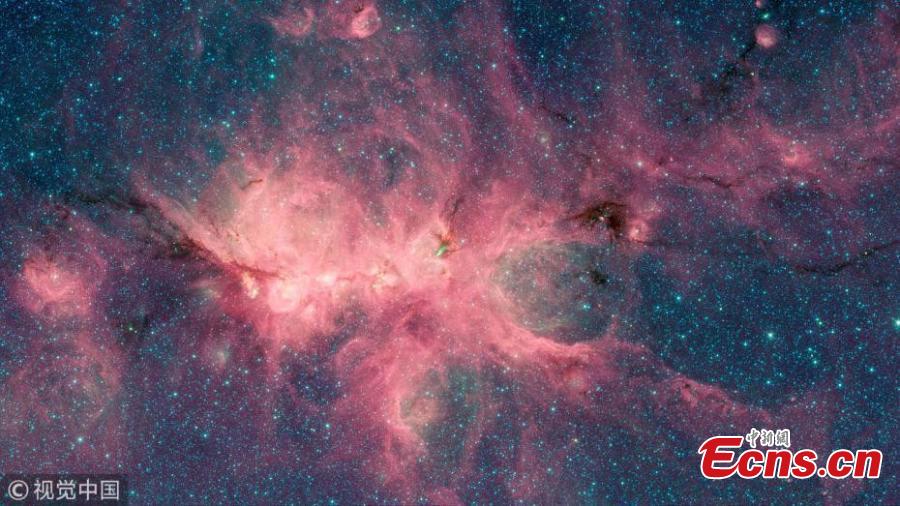 The Cat's Paw Nebula, imaged here by NASA's Spitzer Space Telescope using the IRAC instrument, is a star-forming region inside the Milky Way Galaxy. The dark filament running through the middle of the nebula is a particularly dense region of gas and dust.(Photo/VCG)