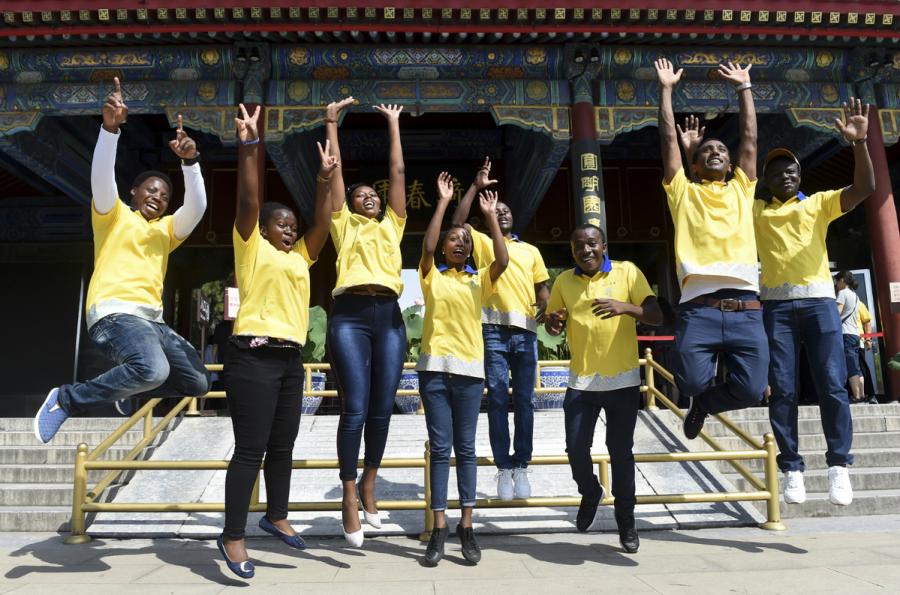 African students, who work as volunteers at Yuanmingyuan, or the Old Summer Palace, jump in unison for a group photo in Beijing on Friday. Yuanmingyuan set up a volunteer recruitment team last year. (Photo/Xinhua)

As commercial ties with Africa undergo a transformation, links between various sectors are flourishing and increasing numbers of talented and educated Africans are coming to China to master the skills required to ensure success. 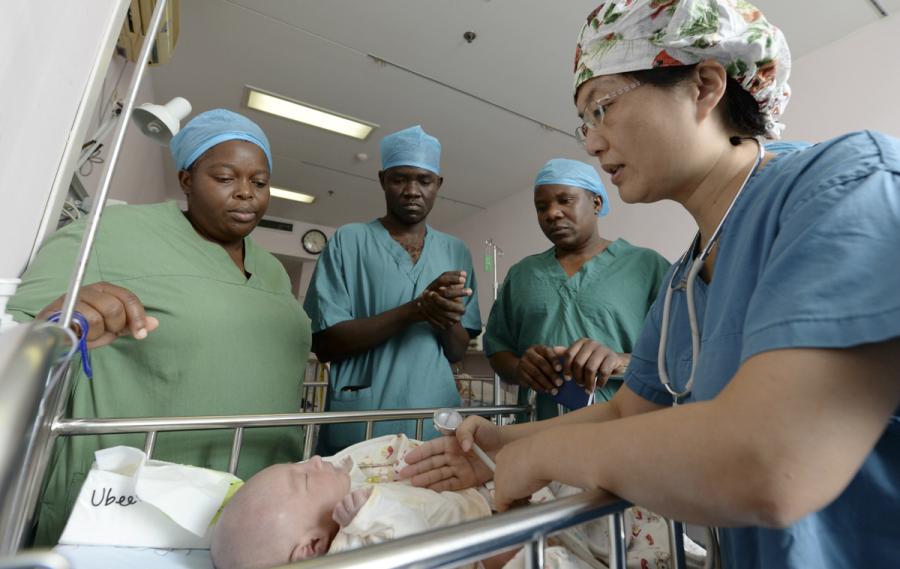 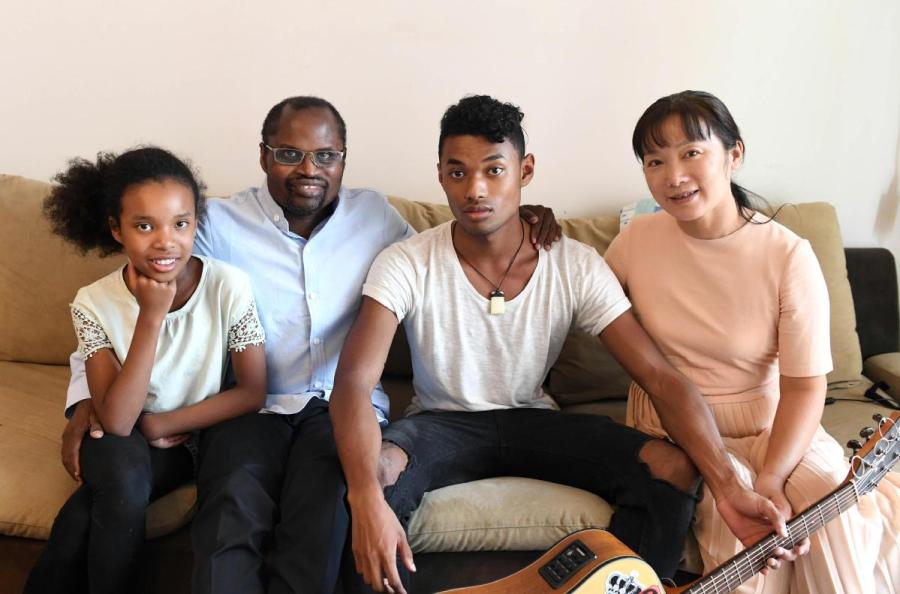 Traditional Chinese medicine practitioner Diarra Boubacar from Mali poses for photo with his wife and two children at home in Kunming, Yunnan Province, on Aug. 28. (Photo/Xinhua) 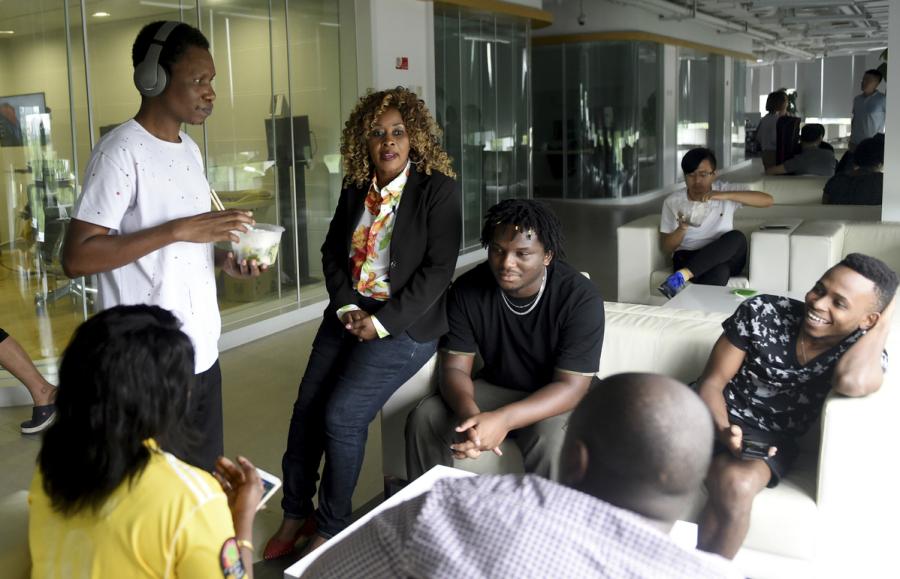 A Kenyan railway executive gets on the fast track in a state-of-the-art train simulator in Wuhan, Hubei Province, in June. (Photo/Xinhua) 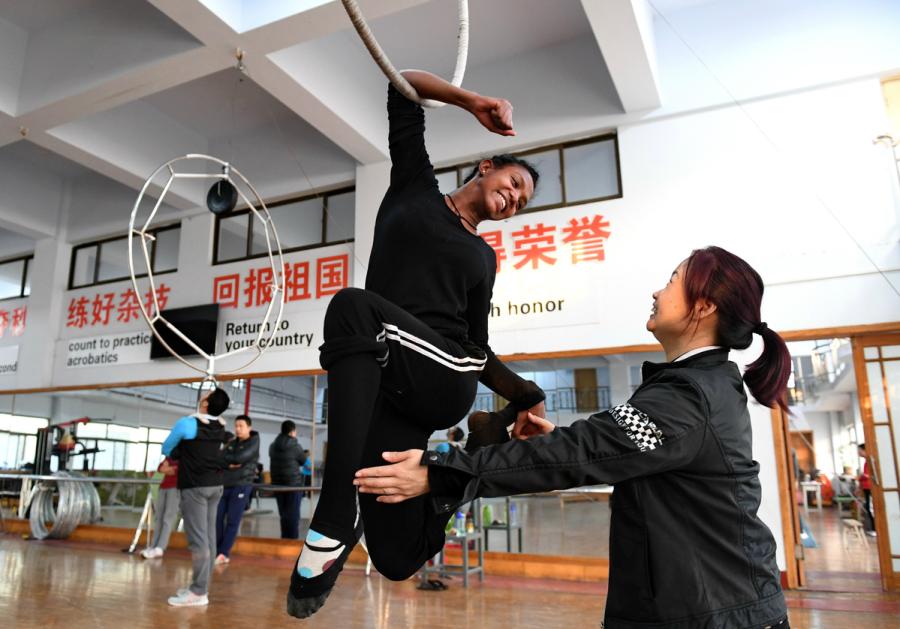 An Ethiopian student has a helping hand from a teacher at Wuqiao Acrobatic Art School in Hebei Province in 2016. (Photo/Xinhua) 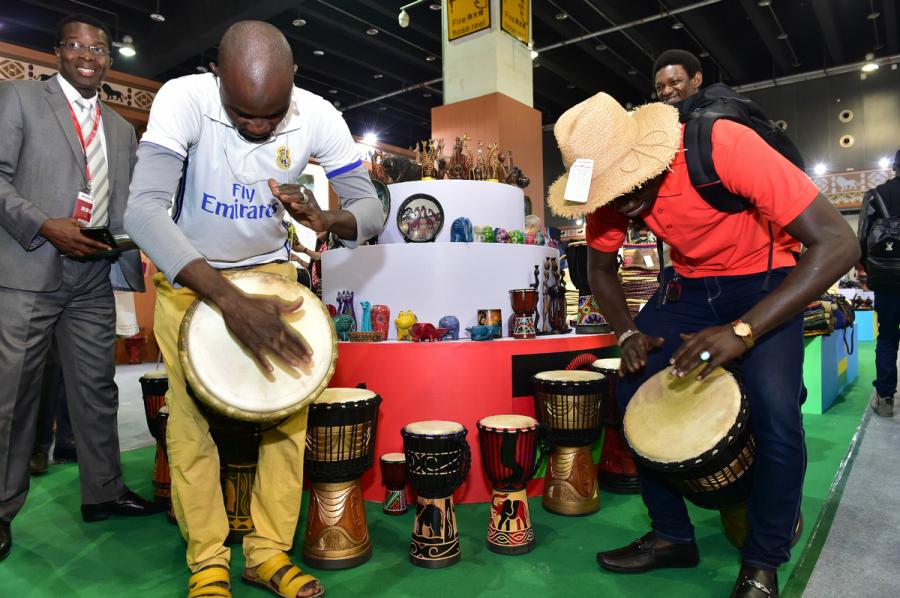 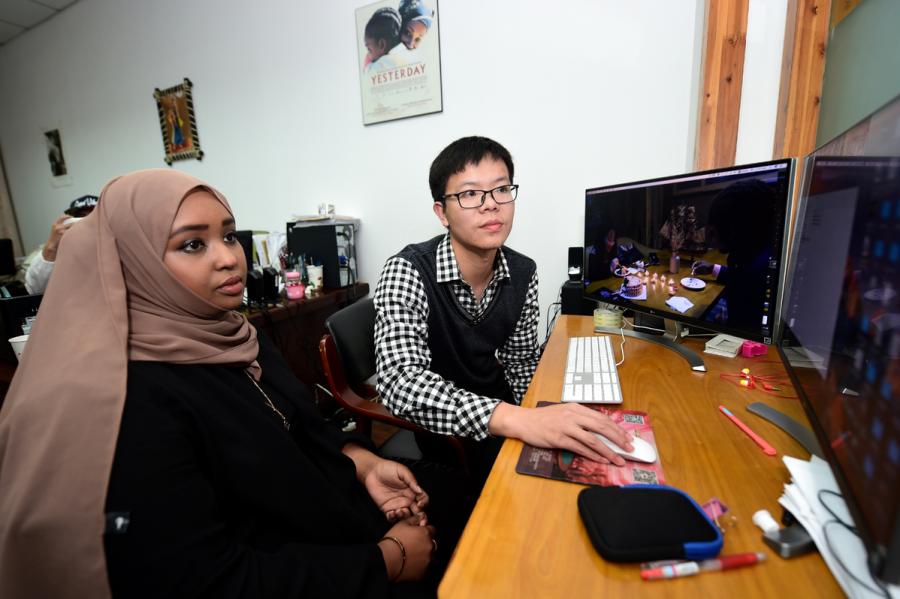 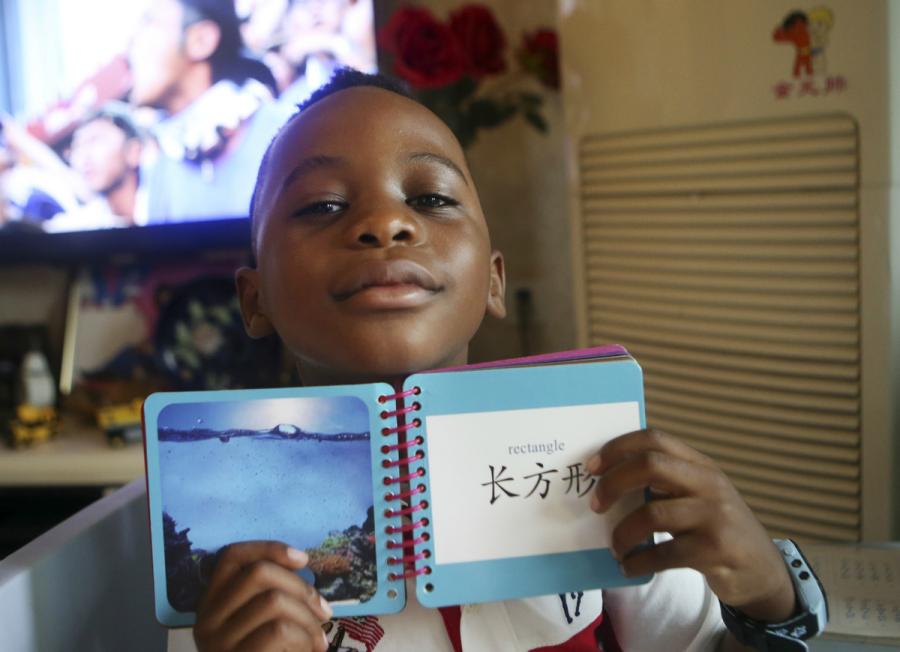 A boy, 6, from Malawi, shows his Chinese character cards at his home in Chengdu, Sichuan Province, in June. (Photo/China Daily)