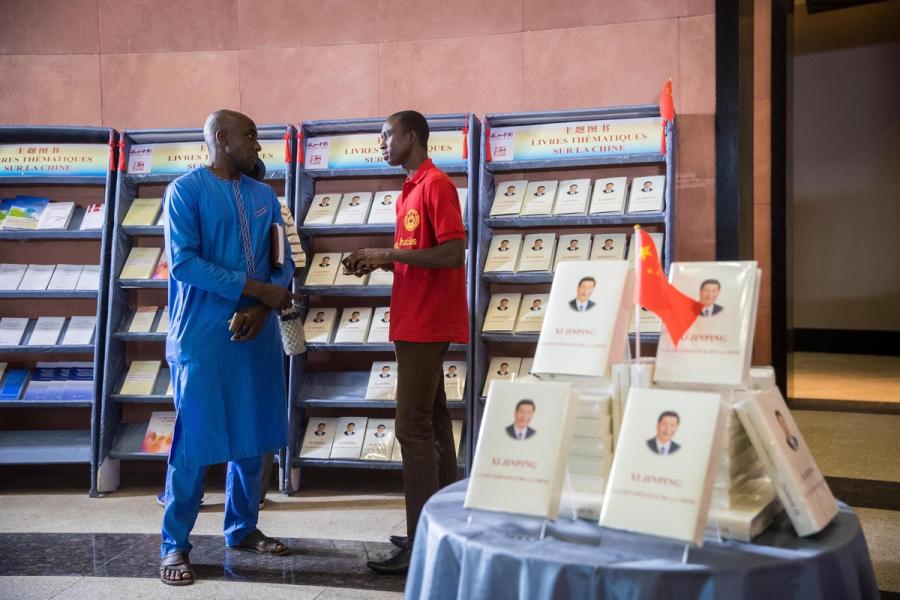 Xi Jinping: The Governance of China is on prominent display during an exhibition in Senegal in July. The book, which outlines the political ideas of the leadership, contains 79 speeches, talks, interviews, notes and letters of the top Chinese leader between November 2012 and June 2014. (Photo/Xinhua) 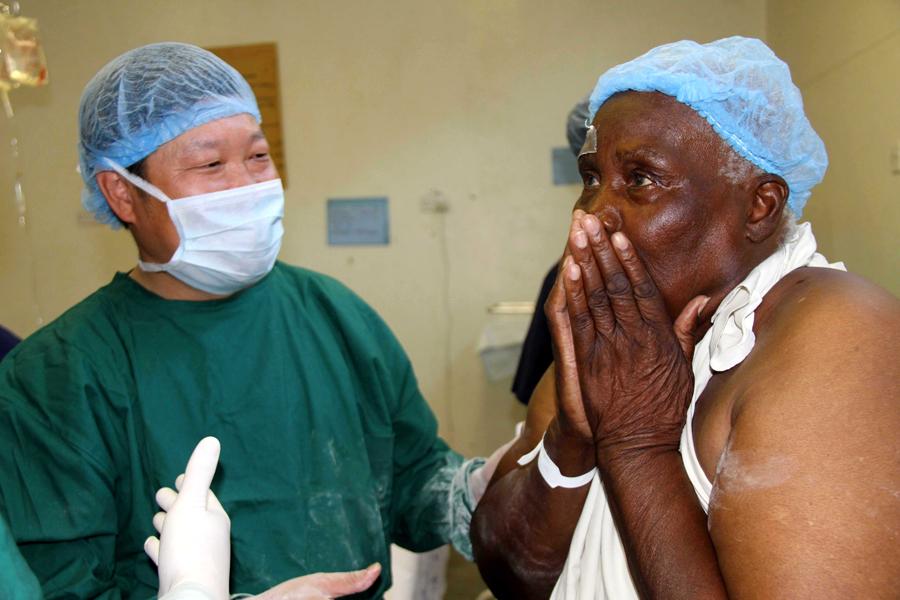 A patient is overwhelmed as his sight is restored after an operation in 2010 at a hospital in Harare, Zimbabwe. Chinese medical teams were sent to Zimbabwe to tackle eye disease. (Photo/Xinhua) 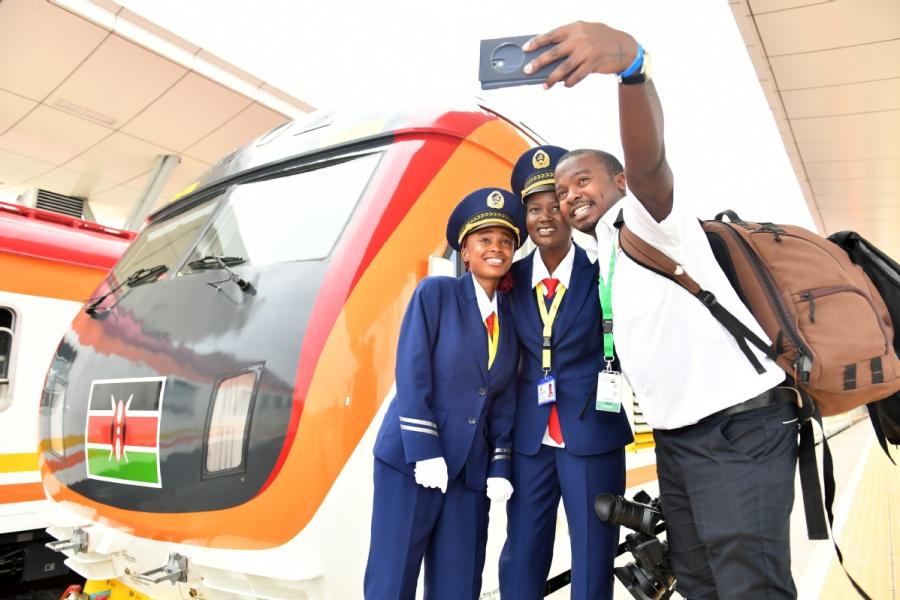 Train staff and a journalist pose for a selfie in Mombasa, Kenya, last year in front of the Madaraka Express train. (Photo/Xinhua) 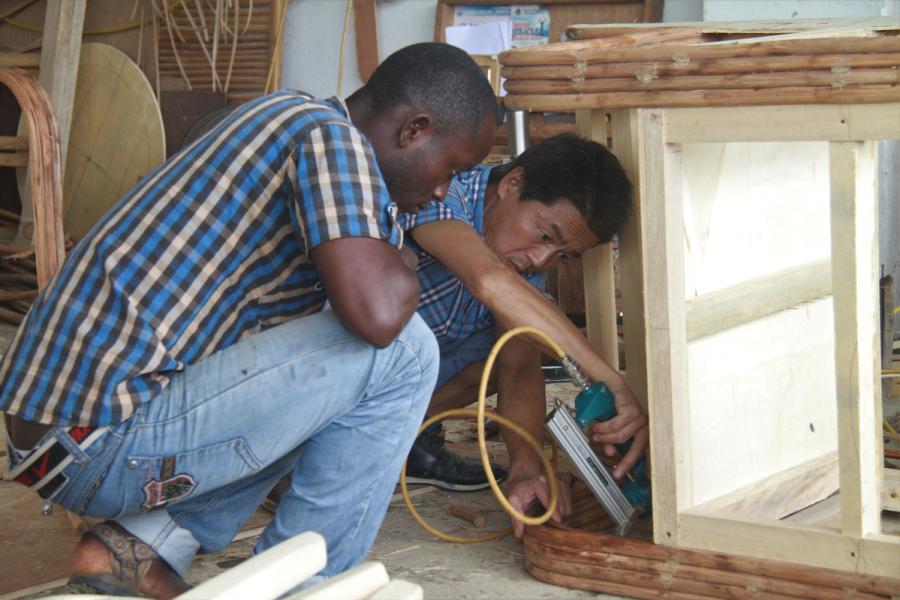 A Chinese carpenter shows a Liberian colleague how to make rattan furniture at a training center in Monrovia, Liberia, on Aug. 20. (Photo/Xinhua) 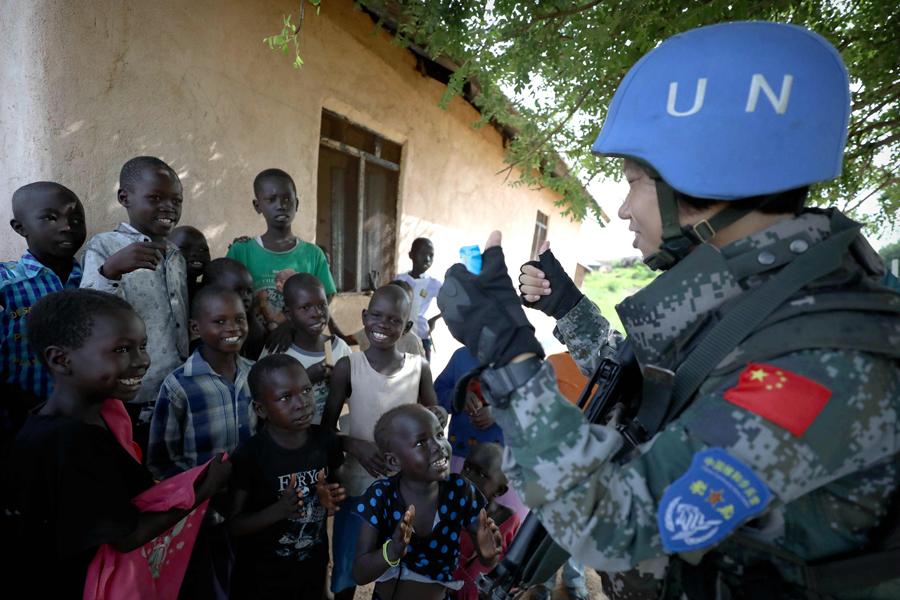 Chinese UN peacekeeper Yu Peijie, 26, sings songs with children in Juba, South Sudan, in April. Yu is the leader of an all-female Chinese peacekeeping battalion in the African country. This year marks the 70th anniversary of United Nations peacekeeping operations and the 28th anniversary of China's participation in them. Around 2,500 Chinese peacekeepers are part of UN missions and are involved in activities ranging from minesweeping and road repairs to guarding sensitive installations and providing free clinics. China's comprehensive participation in UN peacekeeping operations over the years has earned it deep respect from the rest of the world. (Photo/Xinhua) 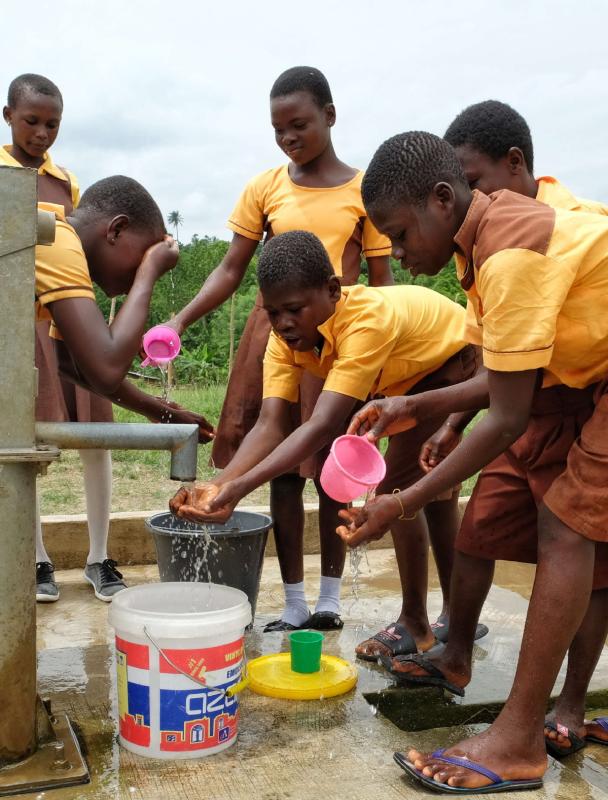 Children fetch water from a well in Guayotse village, Ghana, in June. The Chinese government provides 1,000 wells for hundreds of rural communities in six out of the 10 regions of the African country to bring clean water to the local people. （Photo/Xinhua）