Major Heat: No escape from the sweating summer(1/7) 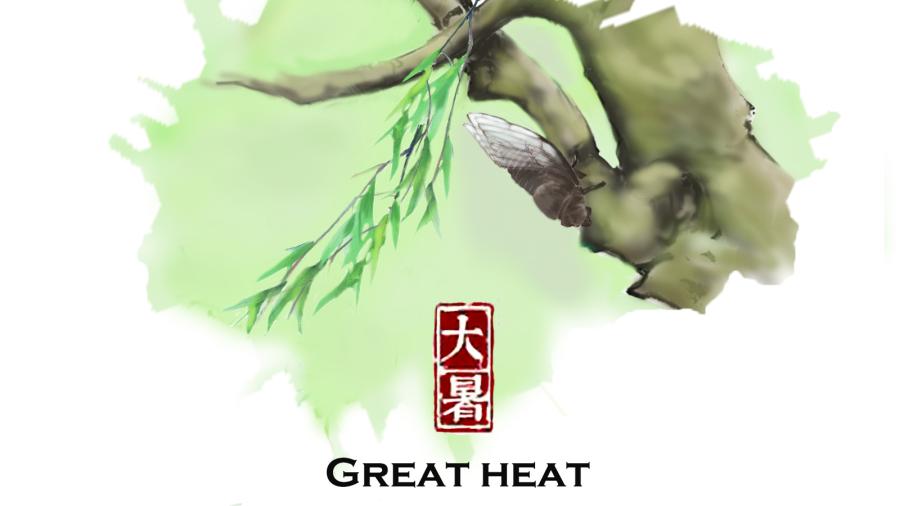 Monday marks the “Major Heat” or Dashu in Chinese, the 12th of the 24 solar terms that divide the Chinese lunar year into two halves. It is also the last solar term of the summer. (Photo/CGTN)

However, that doesn’t mean the hot days are coming to an end. On the contrary, everything is just beginning. The Major Heat usually kicks off the hottest days of the season. It usually completely overlaps with the “Dog Days,” which begin on July 17 this year, and are expected to last for 40 days.

Large areas across eastern and central China have issued alerts for high temperatures on several consecutive days, with warnings that the thermometer could reach 40 degrees Celsius. 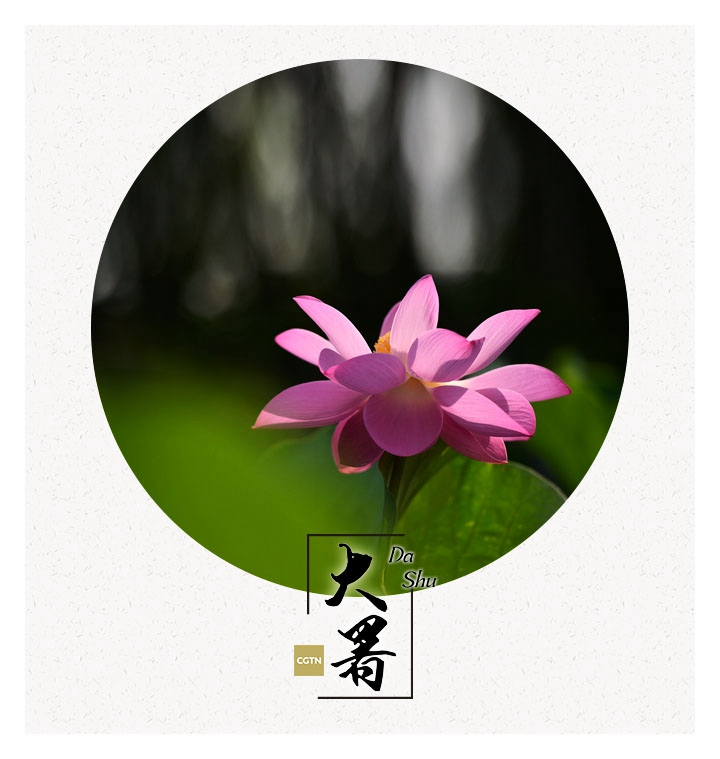 In Chinese classics, the character “Shu” was compared to the word “boiling,” which means the earth is like a pot of boiling water in the summer. (Photo/CGTN)

Many literary masters tried to describe the unbearable heat during this period, saying that birds would fold their wings, wolves would stop preying but rest under the shade, and the leaves of the grass wither while their roots were still alive.

But despite the heat, farmers also have to carry their hoes into their fields and since heat can easily lead to drought, irrigation is crucial for the future harvest. 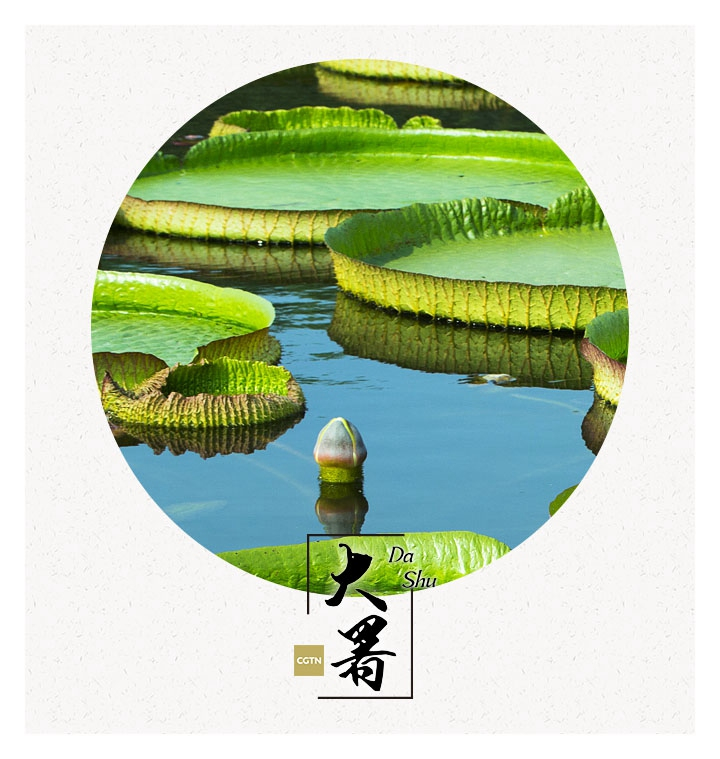 It also sees the most frequent thunderstorms and showers. Even in the same city, the weather can vary. When it rains in the eastern part, people in the west may still have to use their parasols when outdoors. (Photo/CGTN) 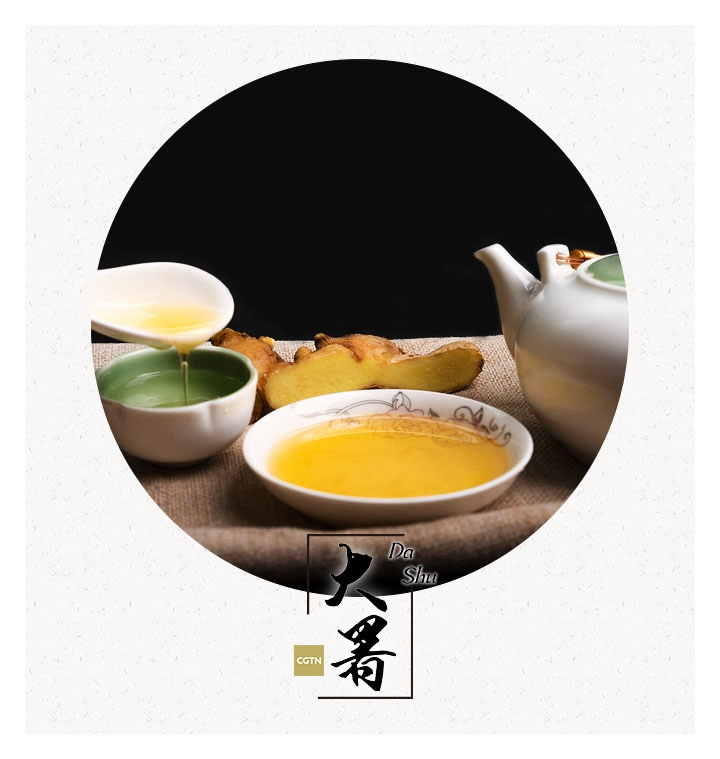 In fact, the insect would lay eggs at the roots of the grasses, and the larvae would later get into the earth before turning into the fireflies in the next year. Thus came the ancient tales. (Photo/CGTN)

In recent years, the fireflies, known for their beautiful shining bodies, were widely traded online for decoration at special events, causing a sharp decrease in their population.

In order to protect the creature and retain the pleasure of watching them flying among trees and grass during the summer nights, experts and environmentalists have been calling for their conservation and are researching how to allow people to appreciate them without harming them. 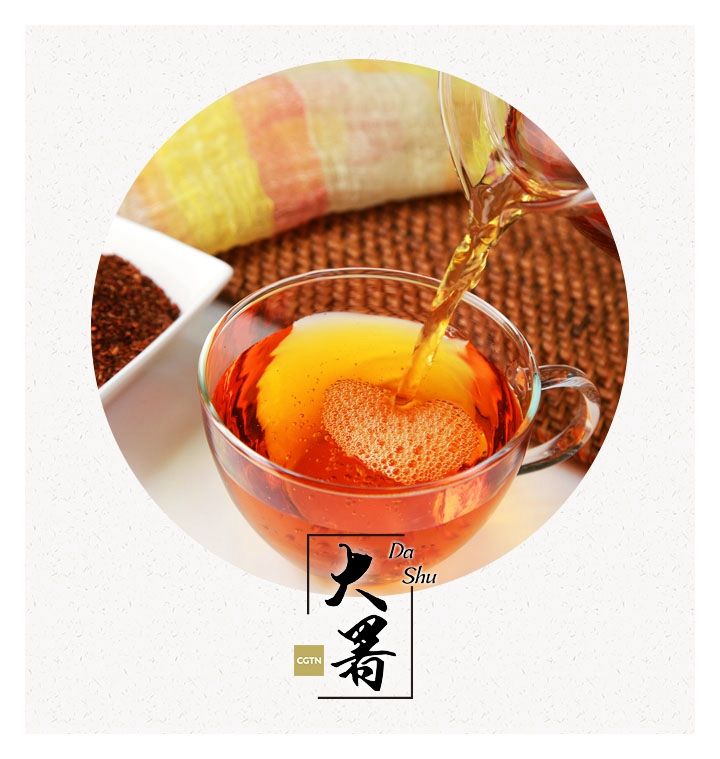 All for coolness and refreshing

During these scorching days, what do people do, especially during the ancient days when means of relaxation were so limited? (Photo/CGTN)

The traditions maintained until today have given us the answers. The ancestors left many cold desserts for the modern society ? for instance, the grass jelly ? which could still be easily found in almost every confectionery shop around the country.

They are made from boiled platostoma palustre and are usually served chilled with milk, ice cream and fruit today. Its bittersweet flavor is widely loved by the Chinese, and it is said to be helpful for the human body in such hot days. 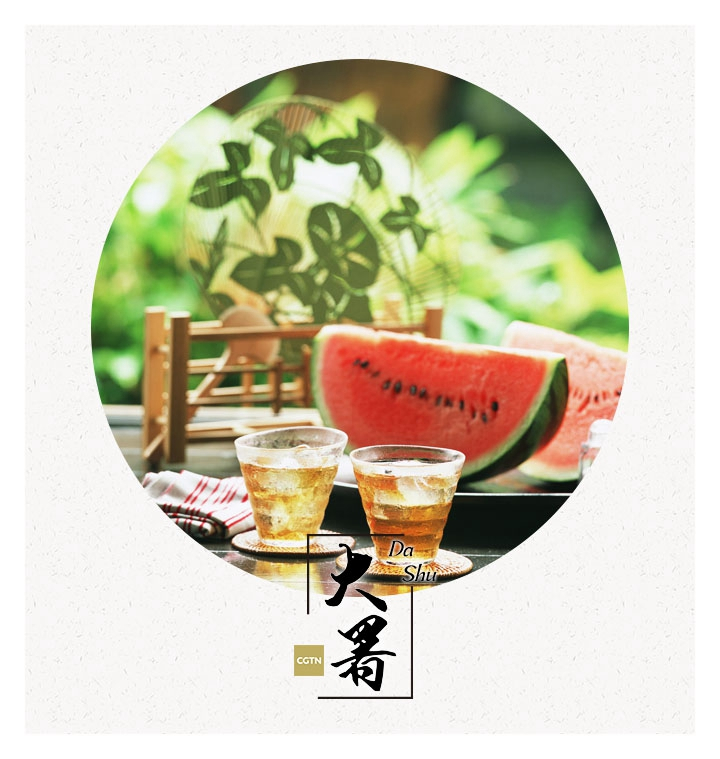 In some areas, people prefer to eat food that could make them sweat a lot, such as mutton soup, spiced with vinegar and garlic, or gingered eggs and chicken porridge. The traditional Chinese medicine believed that the sweat could be helpful in eliminating poisons from the body as well as the coldness accumulated during the winter. (Photo/CGTN)

Many in the past preferred to spend the summer in mountainous areas, where dense forests shielded the burning sun and lowered the temperature. Such “holidays” inspired a number of poets, and therefore there is a pool of works from which the ancestors’ summer lives could be sketched out. 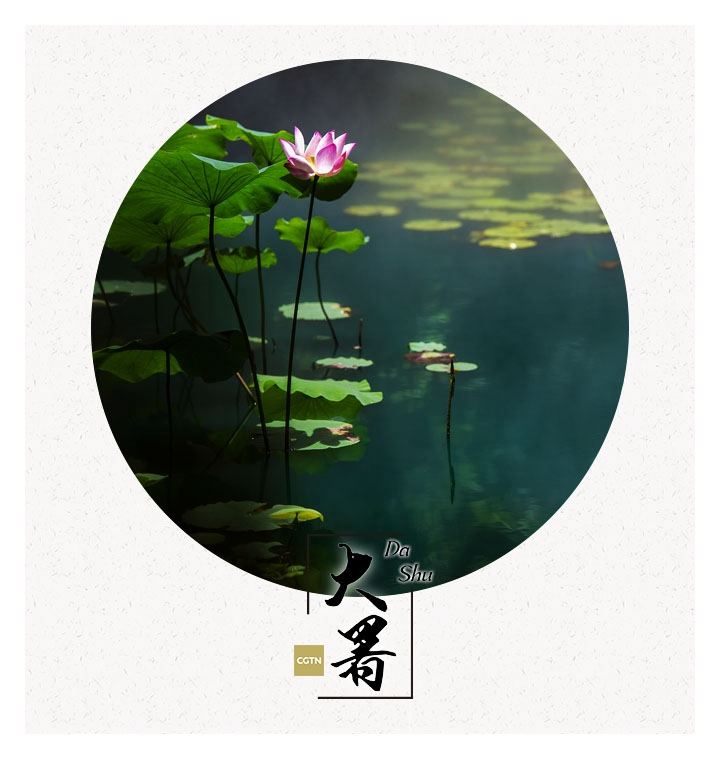 Besides the traditional light clothes, cooled fruits, and tools such as fans, porcelain pillows and bed mats, the Chinese also emphasize psychological efforts, such as staying tranquil and taking in the cool faint breezes with one's heart. (Photo/CGTN)

In Chinese Taoism, it is believed that “when extremity reached, the course will be reversed,” so even though the heat seems unbearable in these days, the autumn is already on its way.