National Geographic Travel Photographer of the Year 2018, in pictures(1/7) 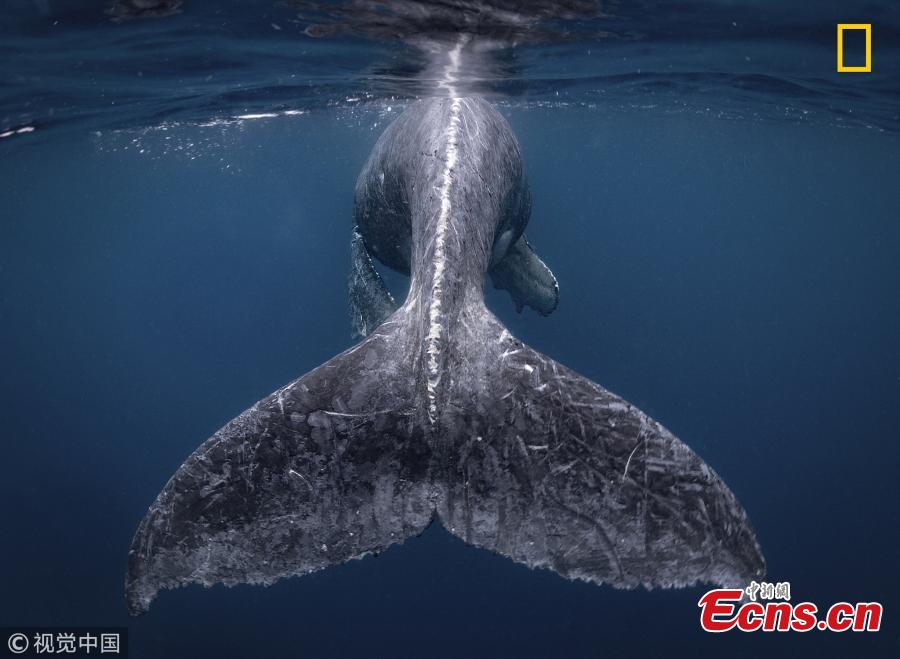 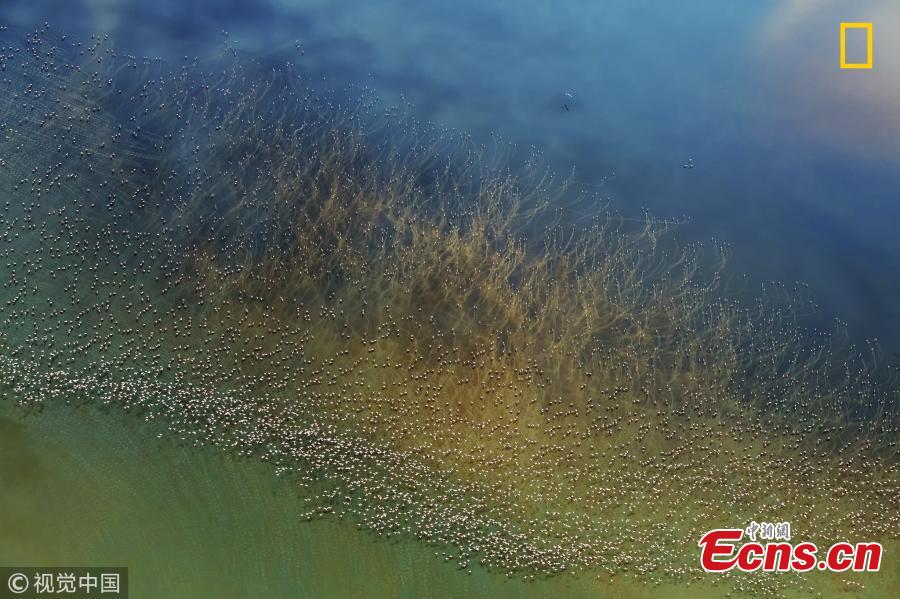 "Flamingos take off" by hao j. Thousands of flamingos are seen taking off from the colorful Lake Natron in Tanzania. Before taking off, flamingos need to take a short run on water to build up some speed. At that moment, their long, red legs create a series of water ripples on the surface of the lake. Looking down from the helicopter, these ripple lines look like giant aquatic plants flowing in the water. This photo was taken from a helicopter. (Photo/VCG) 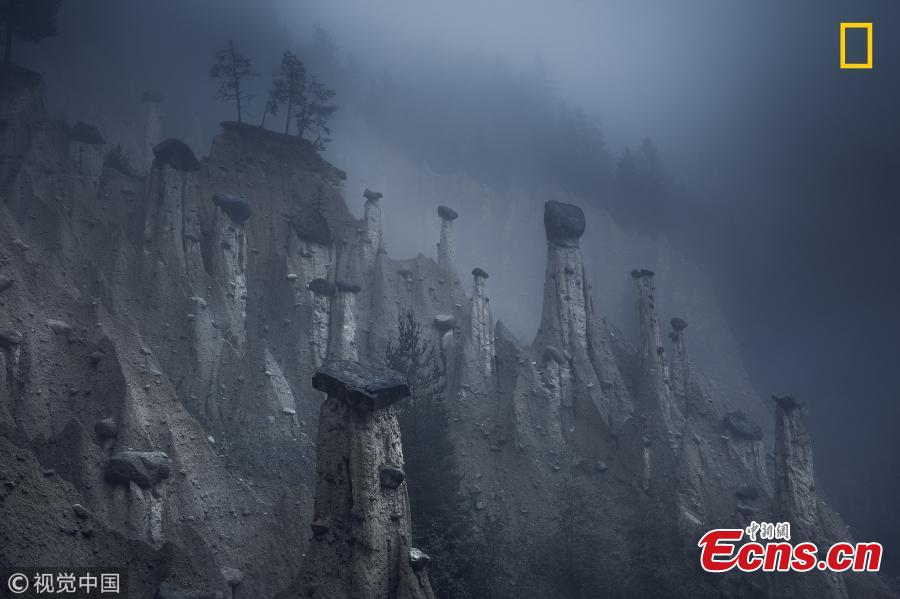 “Mars” by Marco Grassi. These natural sand towers, capped with large stones, are known as the Earth Pyramids of Platten. They are situated in Northern Italy’s South Tyrol region. Formed centuries ago after several storms and landslides, these land formations look like a landscape from outer space and continuously change over the years and, more accurately, over seasons. This natural phenomenon is the result of continuous alternation between periods of torrential rain and drought, which have caused the erosion of the terrain and the formation of these pinnacles. (Photo/VCG) 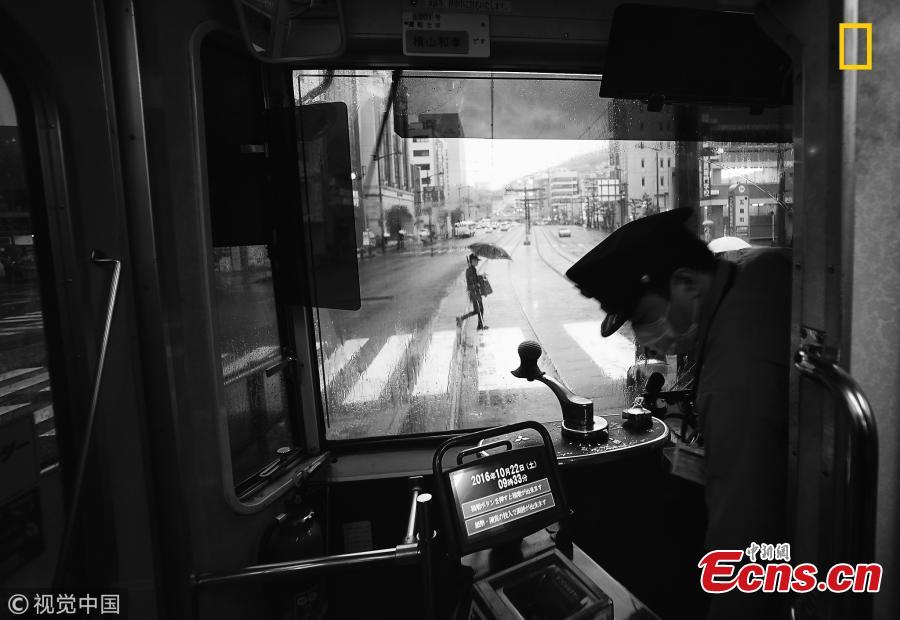 “Another Rainy Day in Nagasaki, Japan” by Hiro Kurashina. This is a view of the main street from a tram in Nagasaki on a rainy day. The tram is vintage and yet retrofitted with modern ticketing equipment. No conductor is on board any more - only the driver. (Photo/VCG) 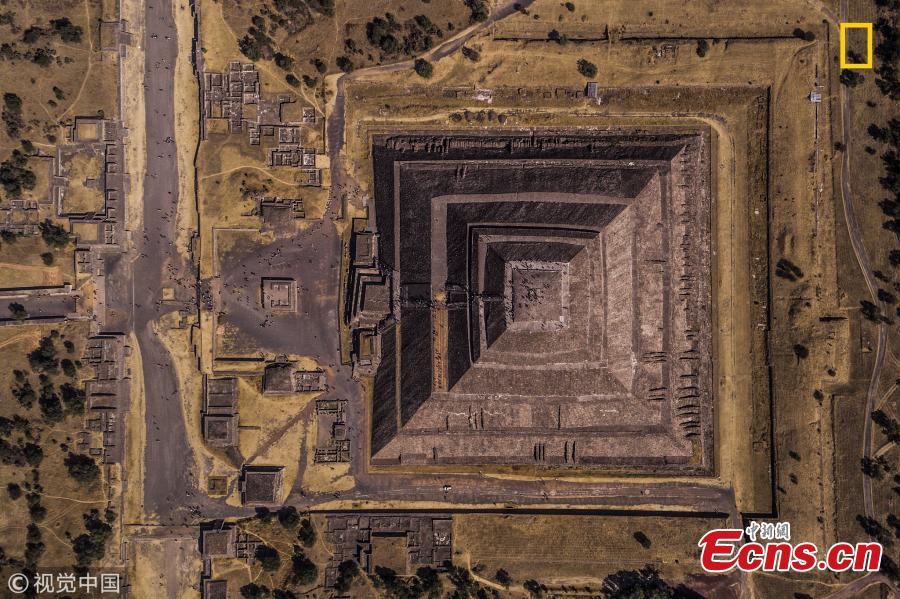 "Geometry of the Sun" by Enrico Pescantini. Teotihuacan means "the place where the gods were created," and that's the exact feeling visitors have when they walk along the Avenue of the Dead at this Mexican archeological site. (Photo/VCG)

"REFLECTION" by Gaanesh Prasad. Clicked from a tower along world’s best road at Dubai, it was foggy morning and stretched out of the window to get the reflection on the glass facade, looking at the pic felt monochrome speaks more in depth , converted it. (Photo/VCG)

"Alone in the crowds" by Gary Cummins. (Photo/VCG)