Three new longer Fuxing bullet trains, with a designed speed of 350 kilometers per hour, will start to run on the Beijing-Shanghai line on July 1.

The Fuxing high-speed bullet trains are manufactured by China Railway Corporation and the technologies used on them play a leading role in the world. China owns complete intellectual property rights of these technologies.

Since starting operations on June 26, 2017, the popular bullet trains have provided wonderful experiences to the passengers. 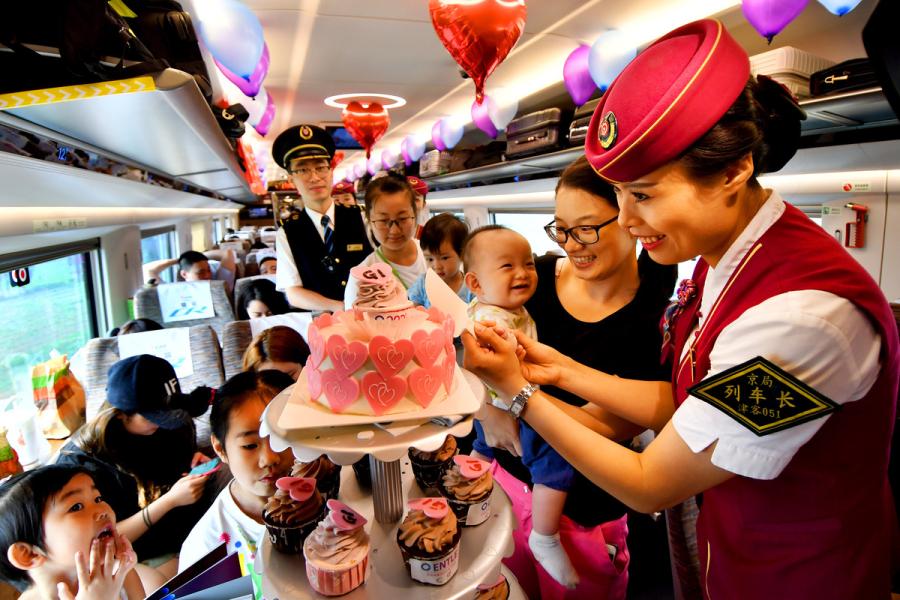