Grain in Ear: The season of plums and harvesting(1/7) 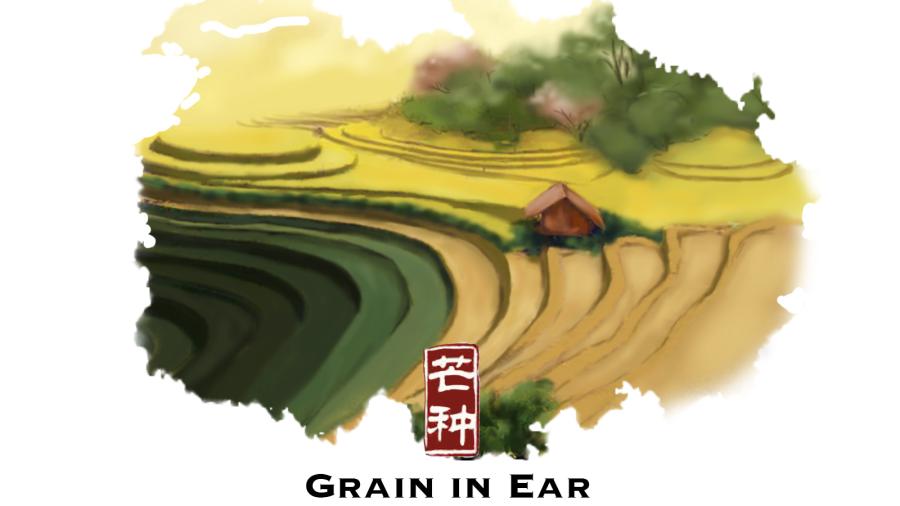 Wednesday is Mangzhong in Chinese, or “Grain in Ear” in English, which usually falls around the beginning of June. Being the ninth solar term of the year and the third one of the summer, it is usually one of the busiest periods of time for farmers.

The word Mangzhong is a pun on “busy planting” in Chinese, which is also an accurate description of how farmers’ life is during this period of time.

“Busy” is the key word. From the north to the south, farmers have been busy planting various crops according to the conditions of their fields, such as beans, crops and sweet potatoes. 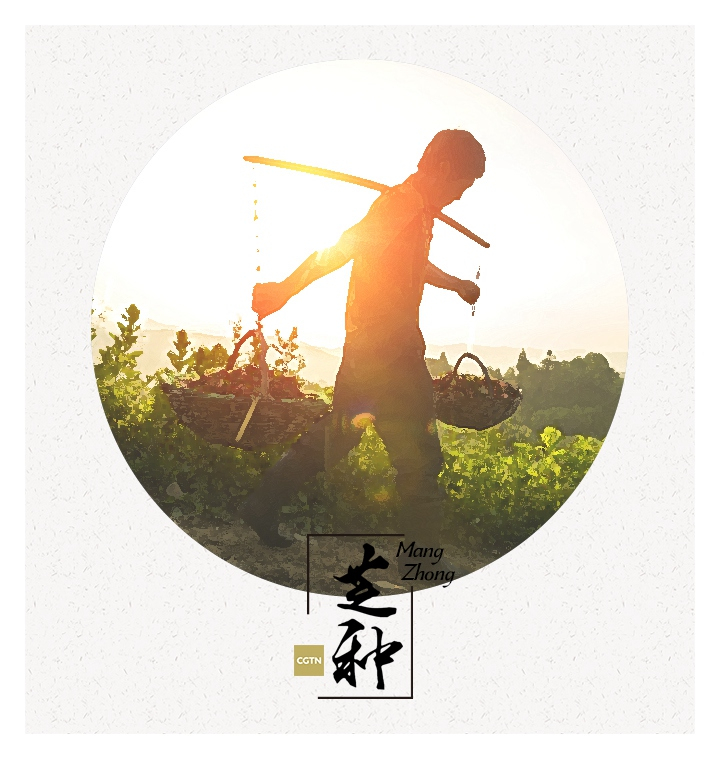 Some crops and vegetables are in need of rapid harvesting, such as summer crops and summer tea leaves. The urgency is partly caused by the frequent rain at this time, which can easily lead to crops rotting before being reaped in time.

Mangzhong usually kicks off a period of abundant rainfall, and in southern China, this period of time has a special name ? the “Plum Rain” season.

The “Plum Rain” season, due to plums also being ripe during this time. It is a humid and stuffy period of time that lasts for approximately half a month. Extreme weather is also more frequent at this time, and tornadoes, hailstones, storms and drought are more common, making reaping in good time even more crucial.

But despite the disagreeable weather, it is also a time when many insects start to appear, and the cicada is one of them.

The cicada is a highly valued insect in Chinese literature, because the Chinese believe that it only drinks juice from trees and eats no other “unclean” foods. The image of the cicada can be found in many artistic realms in China, such as sculptures, paintings and poems. 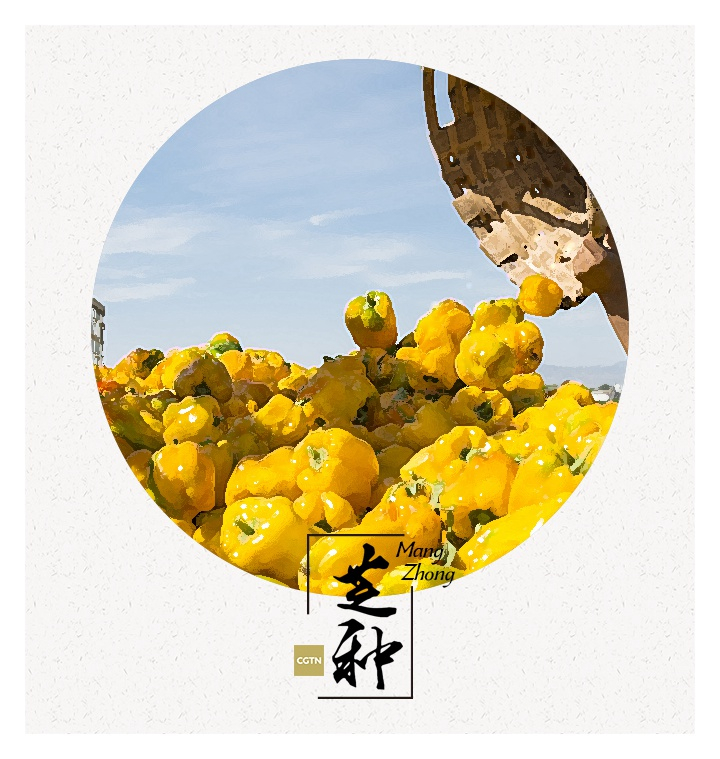 Many of the poems written about Mangzhong mention cicadas, whose voice marks the summer’s arrival. vPlum wine: the drink that makes time better

The Plum Rain may be annoying, but not the plum wine, a drink that has been popular among the Chinese for thousands of years.

Chinese ancestors created many diverse ways of cooking it. The fruit is beneficial for the human body in many ways, but it tastes sour and disagreeable if eaten fresh. 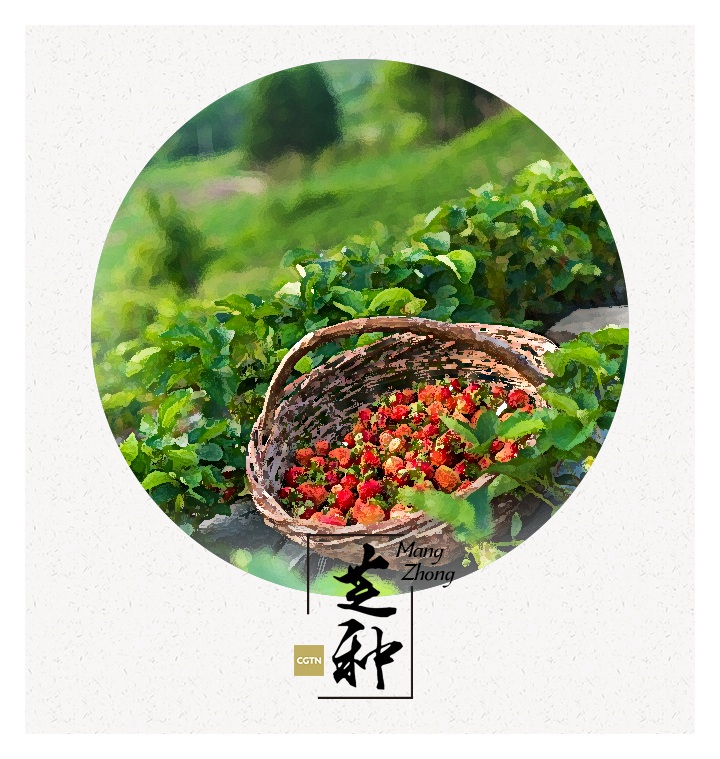 Therefore, the ancient Chinese brewed wines with the plums. They would put plums into rice wine and mix with crystal sugar, after this they would seal the mixture in a bottle for 30 days before drinking. Such drinks are widely loved by not only the Chinese, but many other citizens in Asia.

Today, people also make plum wine with alcohol, and such drinks can be preserved for years. As it is such an ancient drink, there are also many stories related with the drink, giving it a profound cultural significance as well. 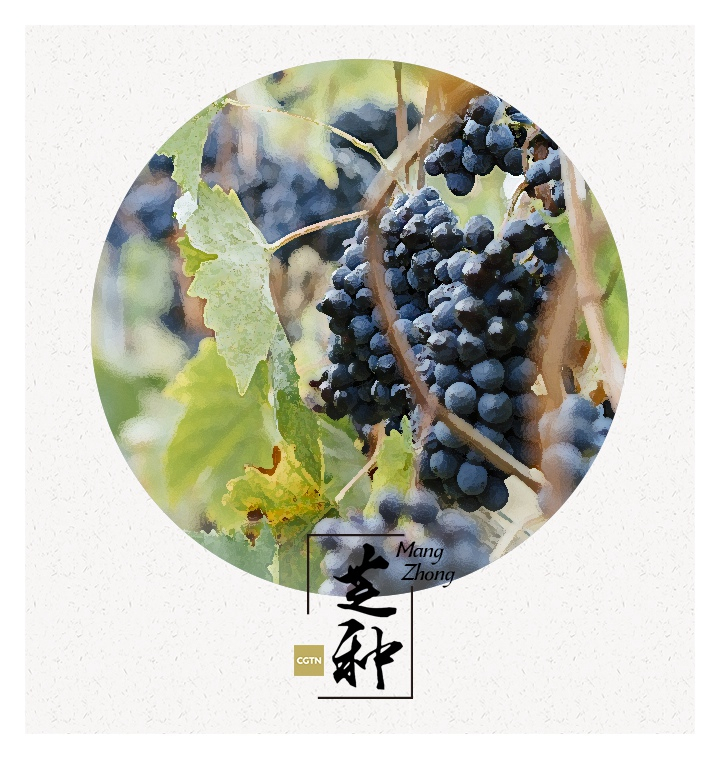 Farewell to the flower gods

In modern society, Mangzhong is no longer widely celebrated as a special event, except in the farmlands. However, in the past, it was a day dedicated to cheering for the young girls ? a day to say farewell to the flower gods.

On the first day of Mangzhong, girls would make horses and sedans using silk or willow branches and flowers and tie them on every tree and every flower. It was a ceremony to see off the flower gods, as the spring ends.

It was contrary to the welcoming ceremony of the flower gods, which was marked on the second day of the second lunar month, when the spring begins. 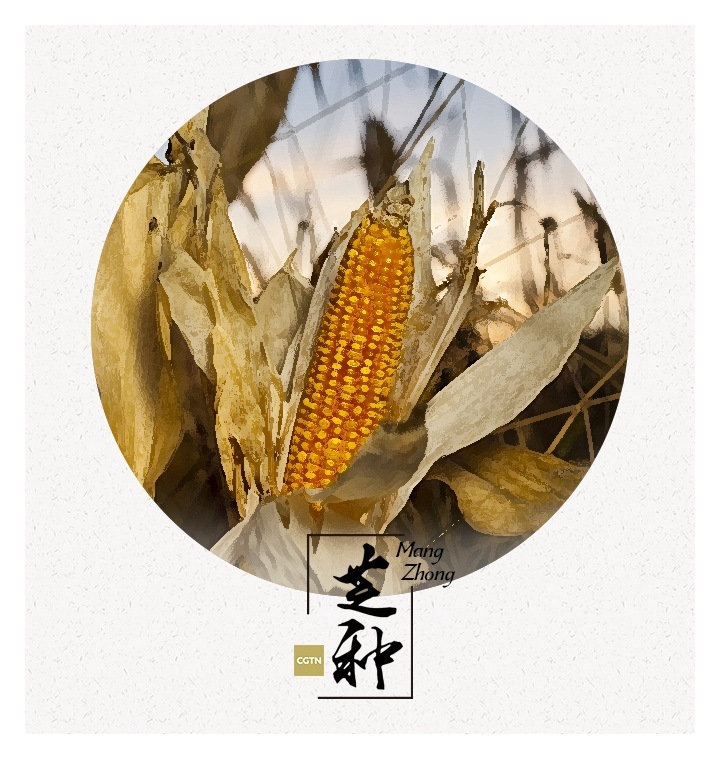 Even though the Chinese do not mark the day, there are detailed descriptions and records of the event in many Chinese classics, such as one of the best classics, “A Dream of the Red Mansions” written by Cao Xueqin, a writer of the Qing Dynasty (1644-1912).

It is indeed a farewell party, but not so sentimentally celebrated as it once was, since the flowers of the summer season are ready to bloom.