The 20 divers of Beijing's underwater police squad patrol the dark, cold waters of the capital, conducting security checks and searching for submerged evidence, including weapons, bodies and body parts.

The squad, originally trained by the Chinese Navy, was the first of its kind in China when it was launched in 1984 as a five-man unit to conduct security inspections for the National Day military parade. It is now a detachment of the Beijing Public Security Bureau's counterterrorism and SWAT department. 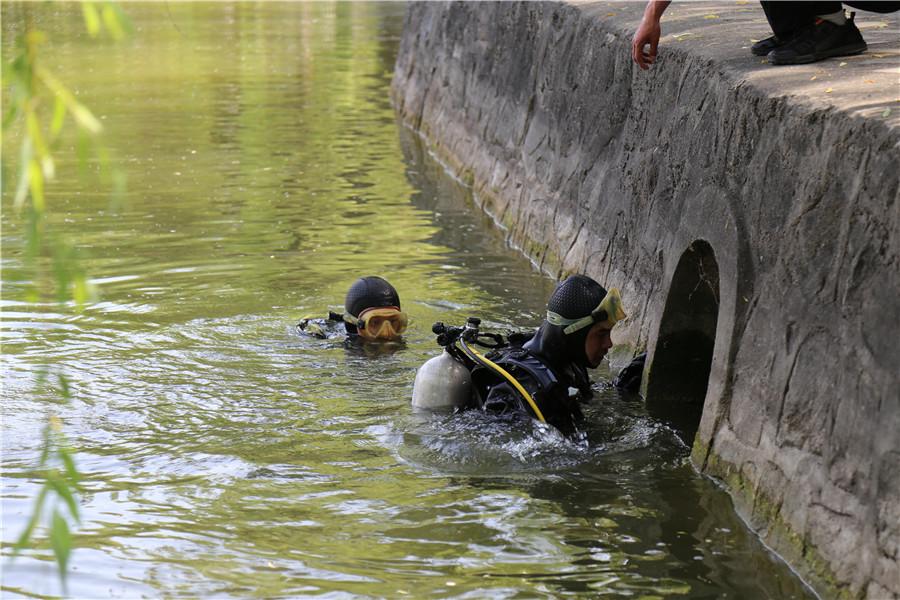 Li Xiaona working in a river in Beijing. (Photo provided to China Daily)

Li Xiaona, the squad's deputy head, said conducting security checks of the capital's waterways, especially during big events, remained one of its main duties. The squad checked a water area of 3.5 million square meters last year with the help of boats and underwater sensors.

Another duty is to search waterways for evidence in response to tips or confessions, and bring it to land for forensic or post-mortem investigation, he said.

"Divers have to withstand pressure in deep water, so we need to pass a pressure test - the most difficult part of a police diver's physical test - in a simulated pressure situation equal to an underwater depth of 30 meters," Li said, adding that people usually experienced earache at a depth of 2 to 3 meters.

However, the psychological pressure police divers need to overcome is much bigger. 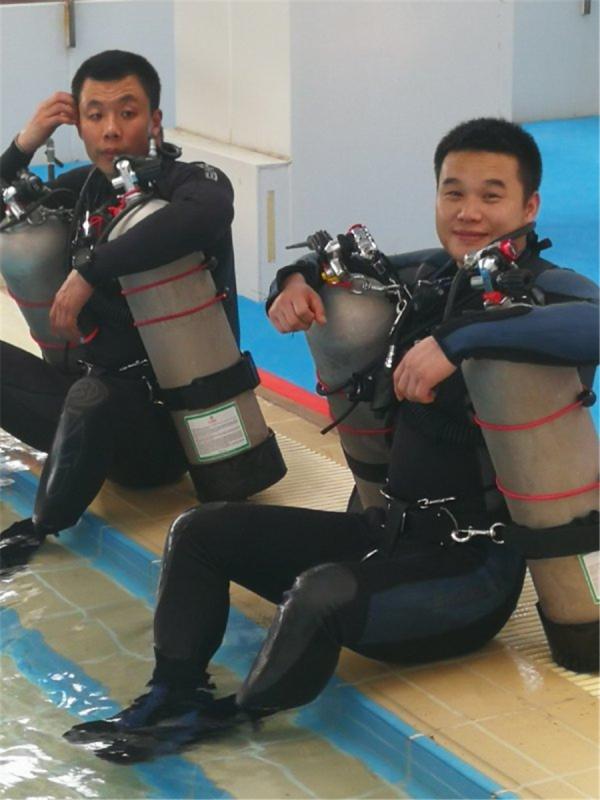 Chen Chao (left) and one of his colleagues take a break after a training session. (Photo provided to China Daily)

Chen Chao, who became a police diver in 2007, said a newcomer could learn diving techniques in just a year, but that was only part of the job, and the nature of the work meant that even a successful mission could leave squad members without a sense of accomplishment.

In 2011, Chen was assigned to search for the bodies of two children - a 5-year-old girl and a 6-year-old boy - who were killed and thrown in a river in downtown Beijing.

Chen, a sports graduate who learned how to swim at age 7, said it was the most haunting moment in his 11-year career and one he still remembers often. 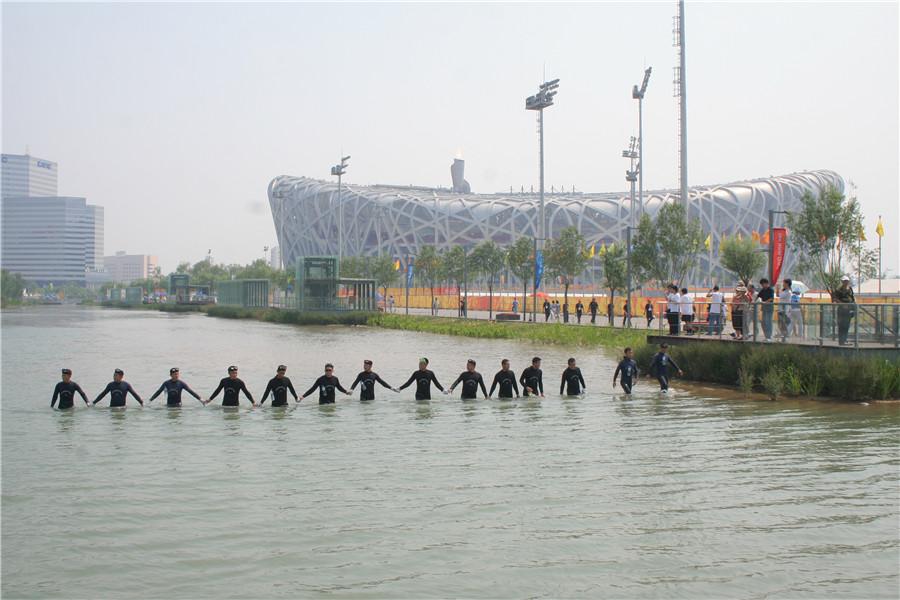 "The water was murky and muddy, so I could not see clearly but used my hands to touch and feel," he said. "I found one first, a body so small that just one hand was all it took to pull it up.

"It was much crueller when we saw them ashore - with the kids' heads covered by plastic bags and tape, their hands tied up and crossed over their chests, and their legs also tightly bound," the 37-year-old, now the father of a 2-year-old daughter, said in a firm but calm voice.

"The murder scene leapt to my mind the moment I saw the poor kids. It shocked people on the spot and made most feel uncomfortable, including the police."

He said he left the crowd quietly after finishing his duty.

"It's different from searching for other criminal evidence, for example, a murder weapon," he said.

"Recovering human bodies underwater brings higher pressure. It is also the most unhappy and challenging part, which means many skillful divers are not cut out for the job."

Chen said he was able to behave calmly under such pressure because some words from a former squad leader, who was also his trainer, helped him build a strong mind.

In 2010, Chen was given his first body-retrieval assignment - a dismembered prostitute who had been killed by a client in a dispute over money. Her body was chopped up, with the parts put in sacks and thrown into the Tonghui River, in the capital's Tongzhou district.

"The water was shallow, up to my waist, and I just needed to pick up the parts from the dirty water," he said. "But is was disgusting and scary for a green hand."

Chen said that when he hesitated, the squad leader told him, "You are doing good deeds, to help them out of the darkness."

"His words made me conquer all the fear at that moment," Chen said. "I suddenly felt a kind of awe about my mission: To help the victims leave the water and rest in peace, and to bring the evidence to light. I always keep his words in mind."

But Li said not every evidence gathering mission is successful.

"Sometimes it is like looking for a needle in a haystack," he said. "The reasons are complicated, with the major one being that almost half the time suspects tell lies about locations.

"The job is full of potential risks. The underwater world in Beijing is muddy, typically with broken glass, metal or other things that can hurt you. And sometimes where we dive is not really water, but a dirty waterway with oil, waste and sewage.

He said that almost everyone in his team has experienced surfacing with a piece of excrement on their head and waste on their body. "It's not funny, but typical of our work."

However, "there must be someone to safeguard underwater security", Li said. "We are in the darkness, but we bring justice to light."