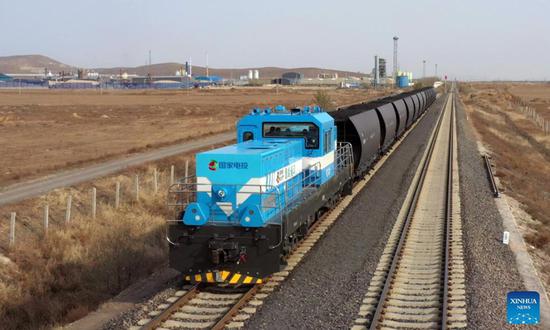 According to Fu, the locomotive has run a total of 20,384 kilometers on the Jinzhou-Baiyinhua Railway in Inner Mongolia Autonomous Region, with 7,127 shunting operationsand a traction load of 4.28 million tons per kilometer completed.

It has consumed 152,900 kWh of electricity, reducing fuel consumption by about 110 tons and carbon emissions by about 350 tons.

The locomotive performs well in various kinds of climates in the 20,000-kilometer running assessment, said Fu.

The locomotive finished development in February 2021 and achieved 100 percent localization from core power to main parts and components. Its designed speed reaches 80 kph, and can operate continuously for 24.5 hours with a full load of hydrogen, with a traction load of up to 5,000 tons.