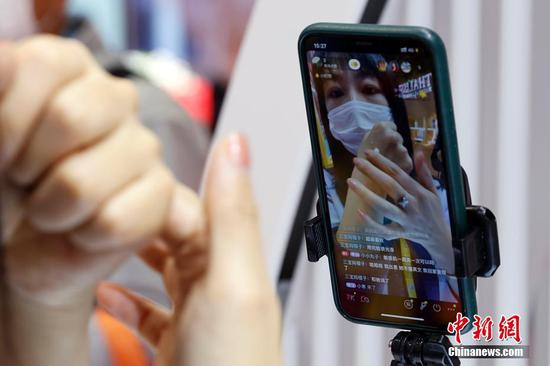 (ECNS) -- China’s live streaming e-commerce users have exceeded 460 million as of June this year, increasing by 204 million compared with that of March 2020, accounting for 44.6 percent of total net users, said a report on the country’s e-commerce released by the Academy of China Council for the Promotion of International Trade.

According to the report, from May 2021 to April 2022, Douyin, a Chinese short video platform, has seen nine million live-streaming sections per month and sold over 10 billion items, with the total transaction volume increasing by 2.2 times year-on-year.

According to the report, e-commerce has played an important role in promoting economic recovery.

Concretely, it is essential for boosting consumption and ensuring COVID-19 prevention and control materials supply. Meanwhile, consumption scene innovation has promoted the transformation of service industry, and cross-border e-commerce has become an important measure to stabilize foreign trade and advance consumption with policy support.