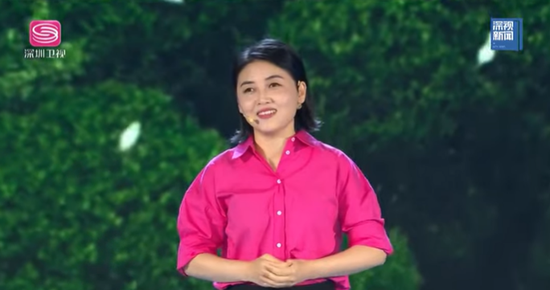 (ECNS) -- Chinese structural biologist Yan Ning announced at the 2022 Shenzhen Global Innovative Forum of Talents on Tuesday that she will resign from Princeton University and return to China to help establish the Shenzhen Medical Academy of Research and Translation.

"After decades of study, now I’m more confident to start the third stage of my life, which is building a platform to support more outstanding scholars, to deal with various health threats faced by human beings, to challenge biomedical problems, and to make truly original breakthroughs and reward society,” said Yan in her speech.

Yan, 45, received her bachelor's degree from the Department of Biological Sciences and Biotechnology at Tsinghua University in China in 2000.

She was engaged in postdoctoral research in the Department of Molecular Biology at Princeton University from 2005 to 2007.

She established a lab in Tsinghua in October 2017, engaging in the structural and functional study of membrane transport proteins, and made a series of accomplishments in eight years.

In 2014, Yan’s team analyzed the three-dimensional crystal structure of the human glucose transporter GLUT1 for the first time.

Then she was invited by Princeton to take up the post of Shirley M. Tilghman, Professor of Molecular Biology, in May 2017, and held a concurrent post of professor in Tsinghua at the same time.

In 2019, she was elected as a foreign member of the U.S. National Academy of Sciences for outstanding contributions to research. She became a member of the American Academy of Arts and Sciences two years later.