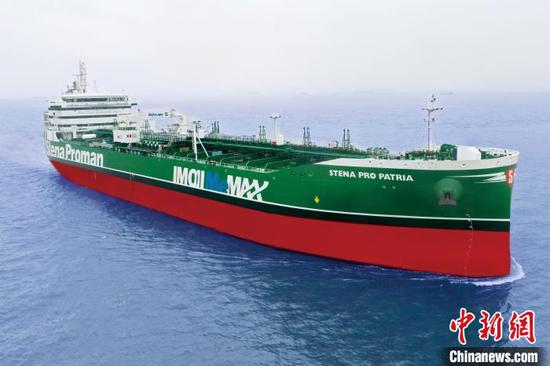 It was built by the Guangzhou Shipyard International independently.

The methanol-powered dual-fuel system allows the vessel to be powered by four modes, which are, fuel, fuel hydrate, methanol, and methanol hydrate. This is the first time that the hydrate fuel has been used in the vessel field.

Such a design can help the vessel control the combustion state of fuel so as to lower the waste gas emissions. Without a waste gas disposal system, it can meet the highest-level emissions standard of the International Maritime Organization.

The hull form of the vessel has been optimized and various energy-saving equipment has been installed on this vessel in order to cut off the operation cost as well as the emissions.

It is the first of six 49,990 methanol-powered dual-fuel vessels built by the shipyard.